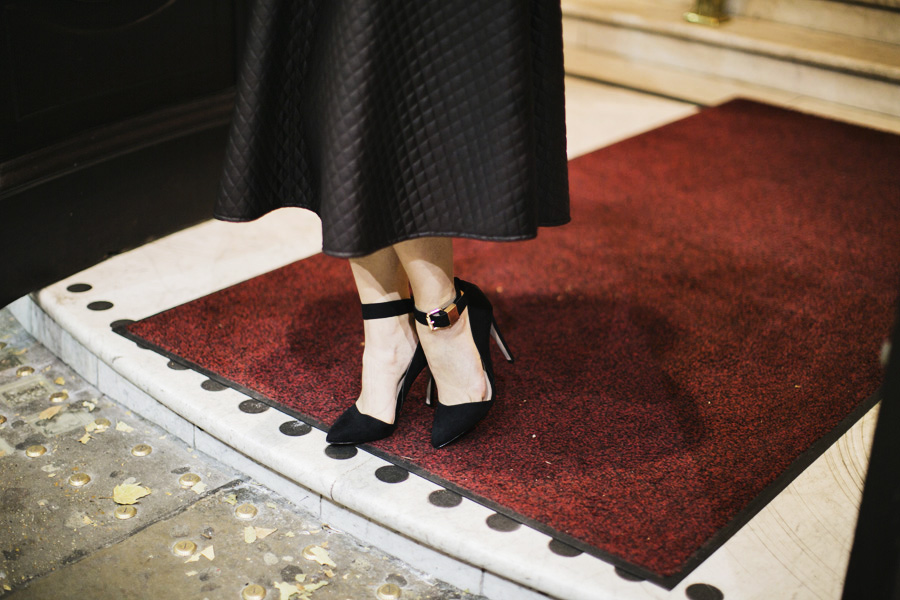 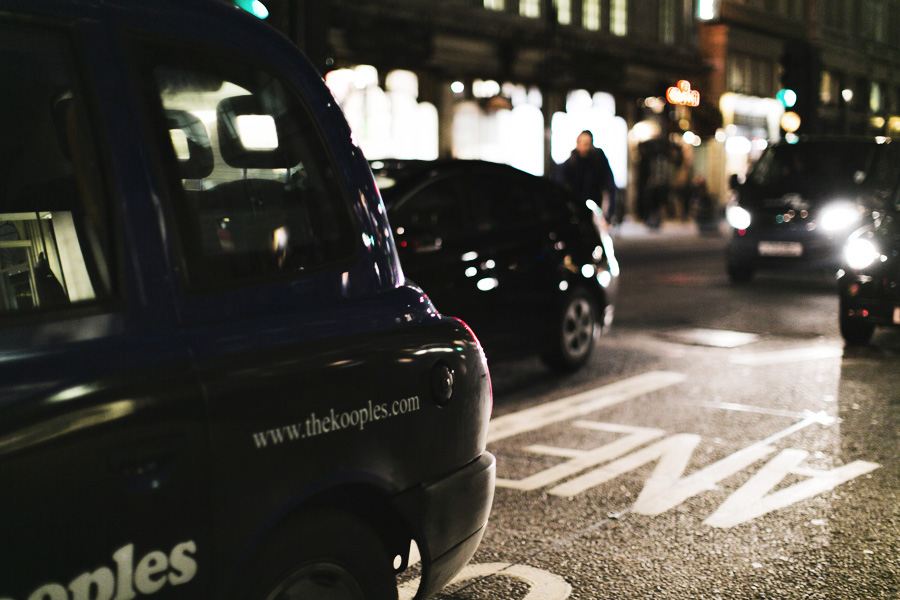 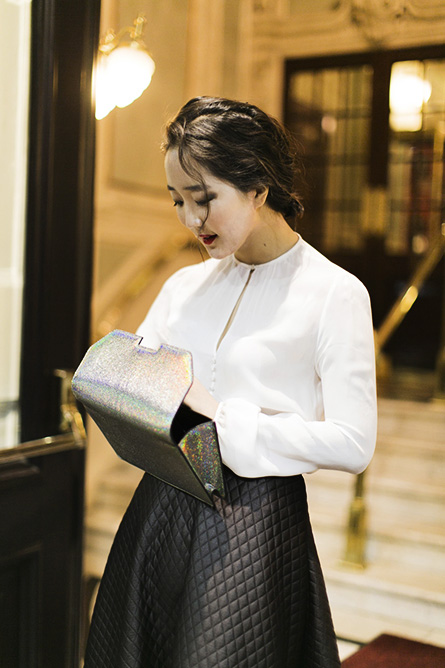 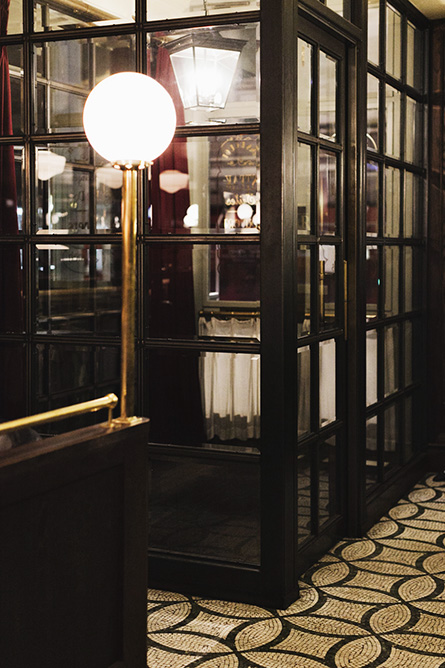 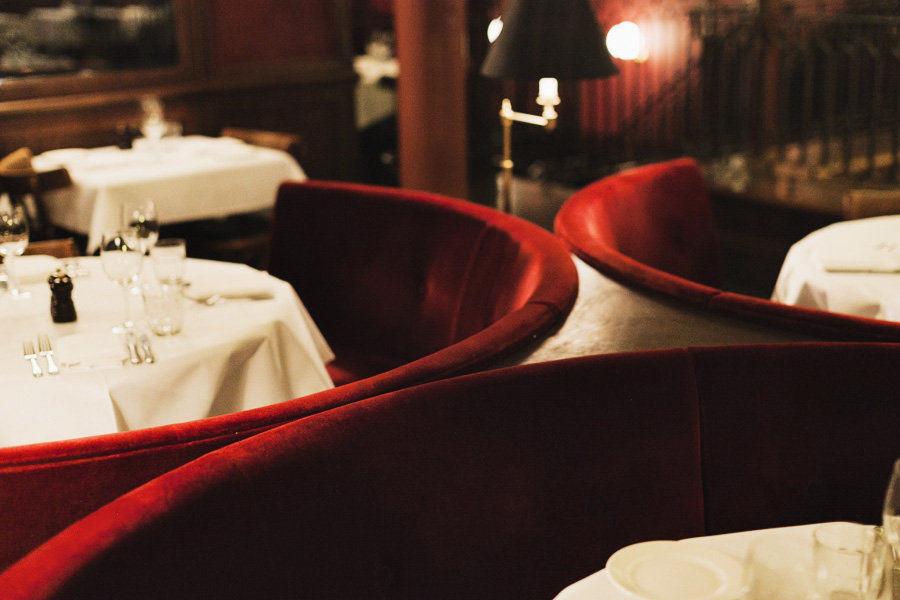 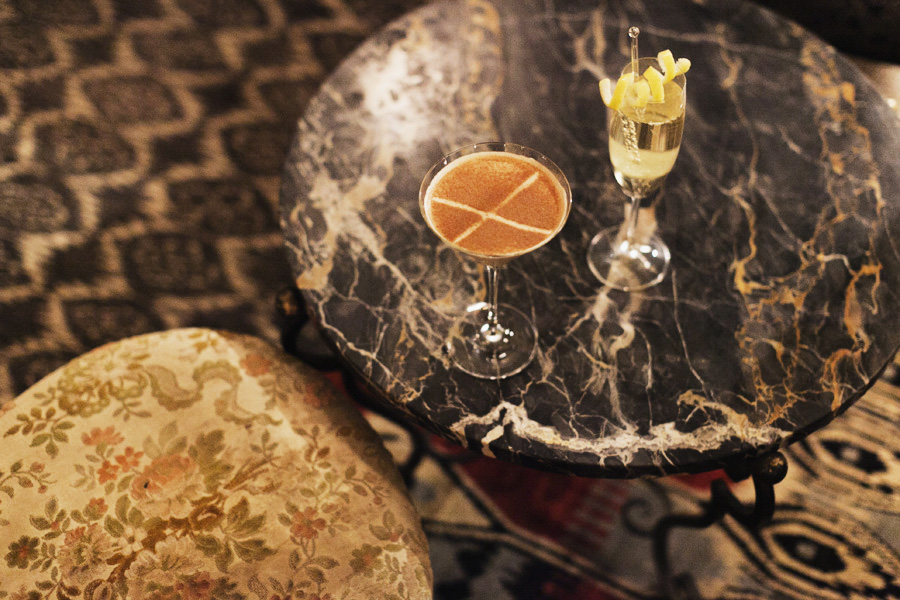 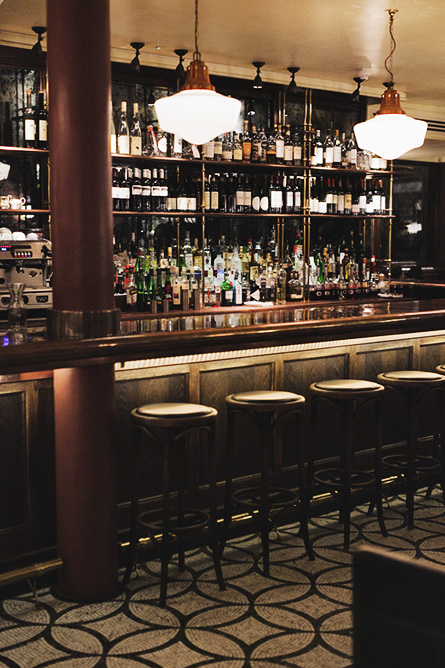 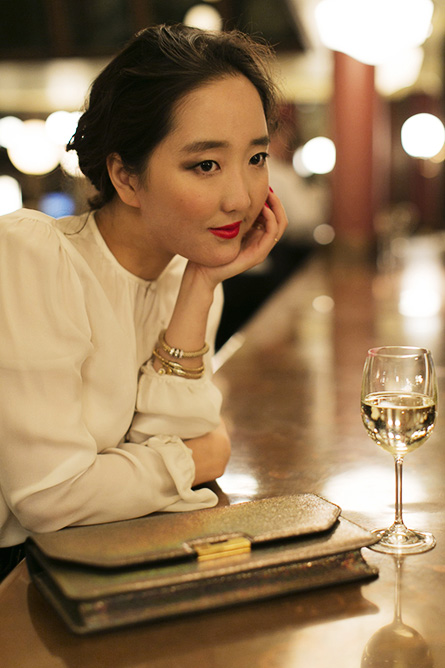 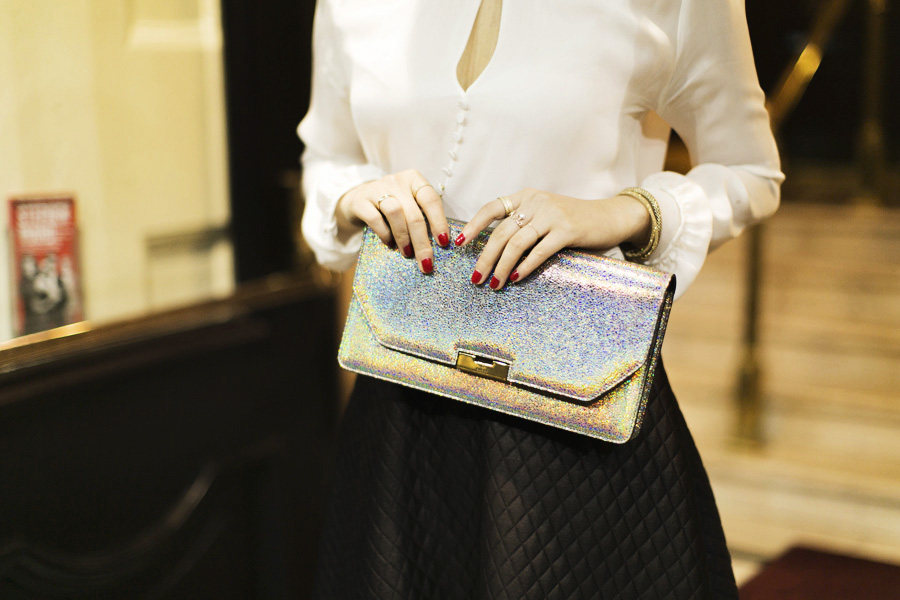 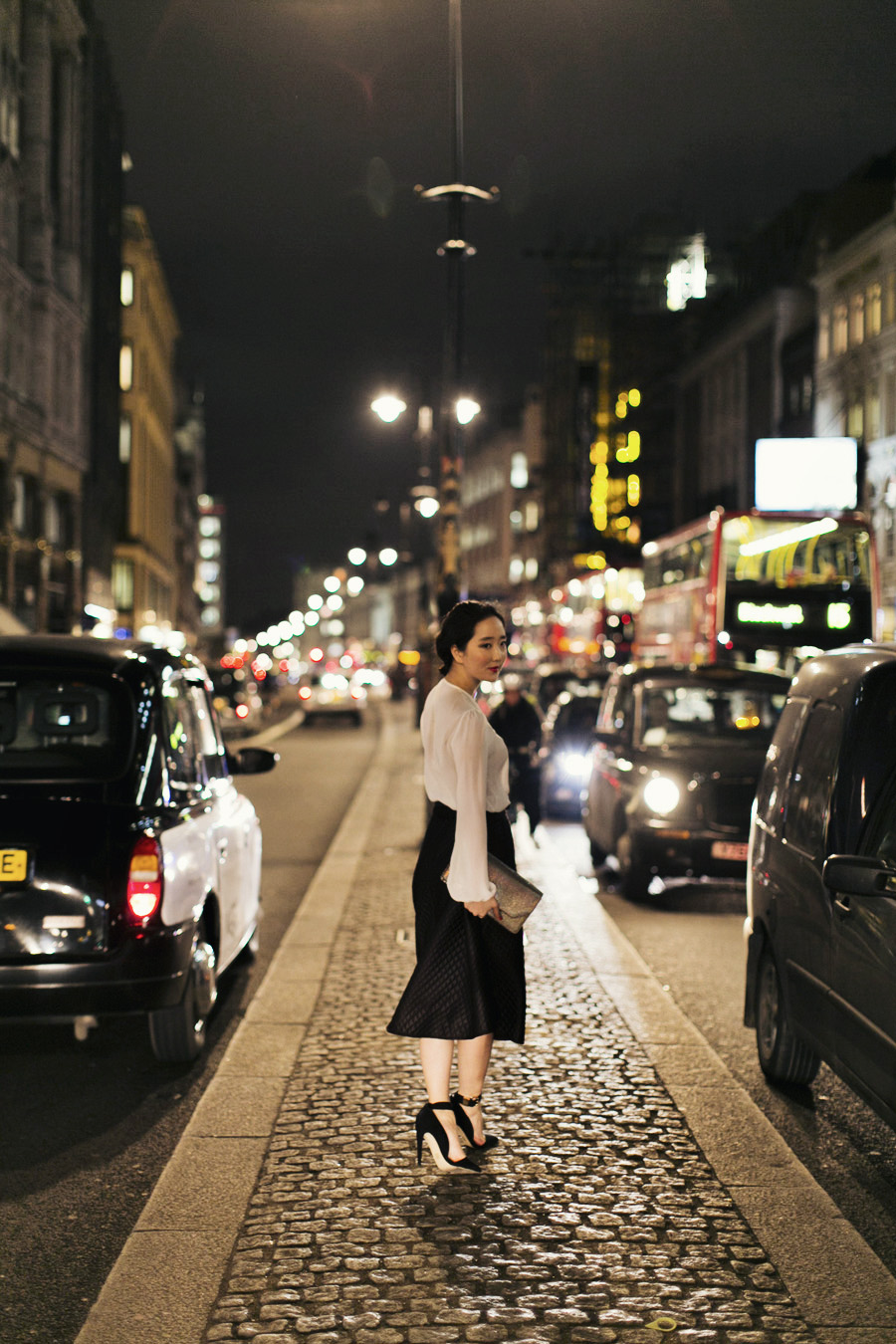 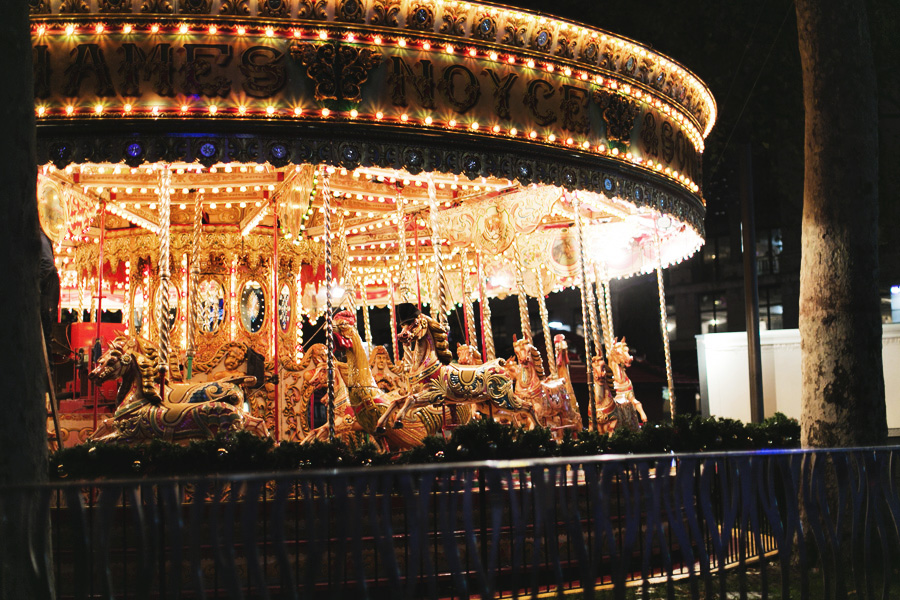 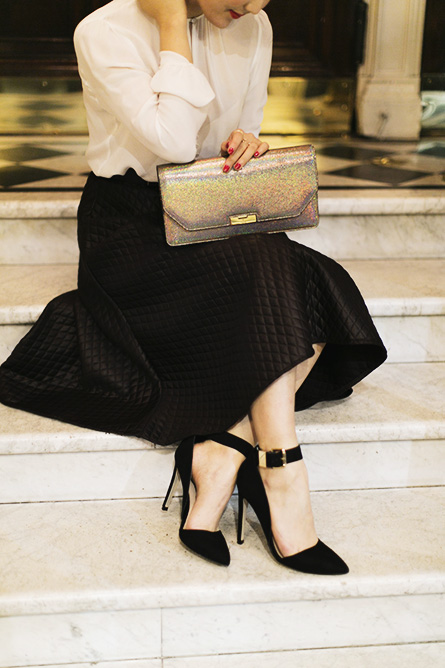 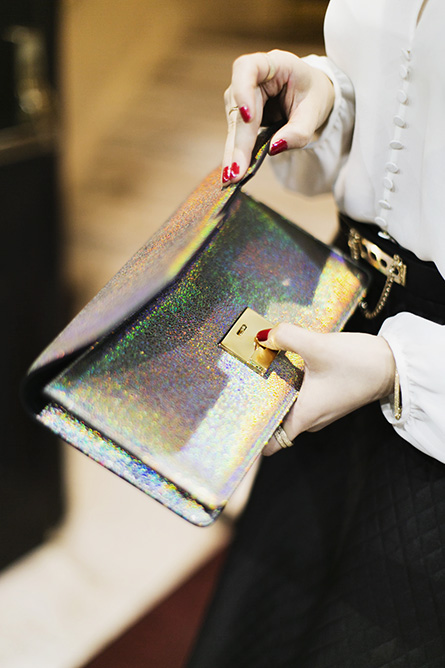 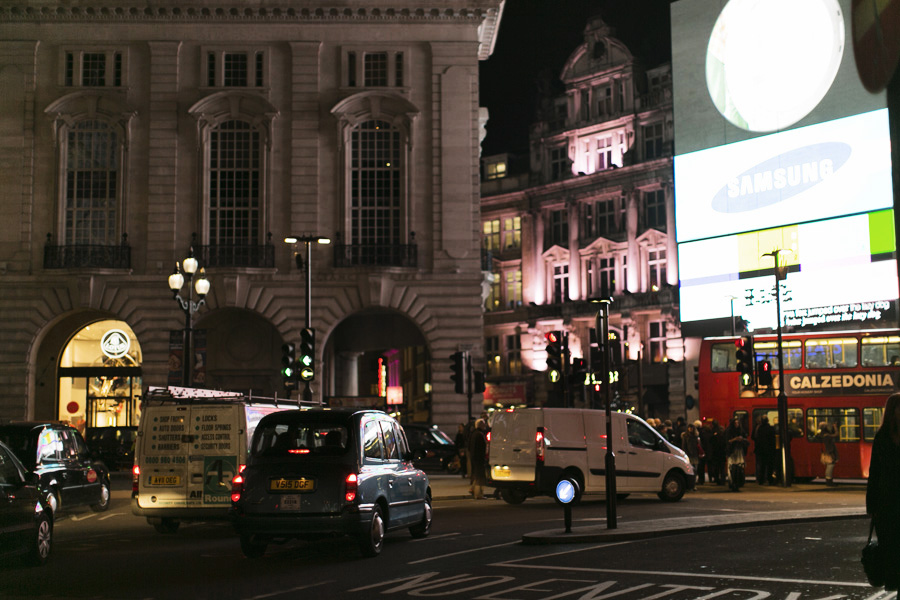 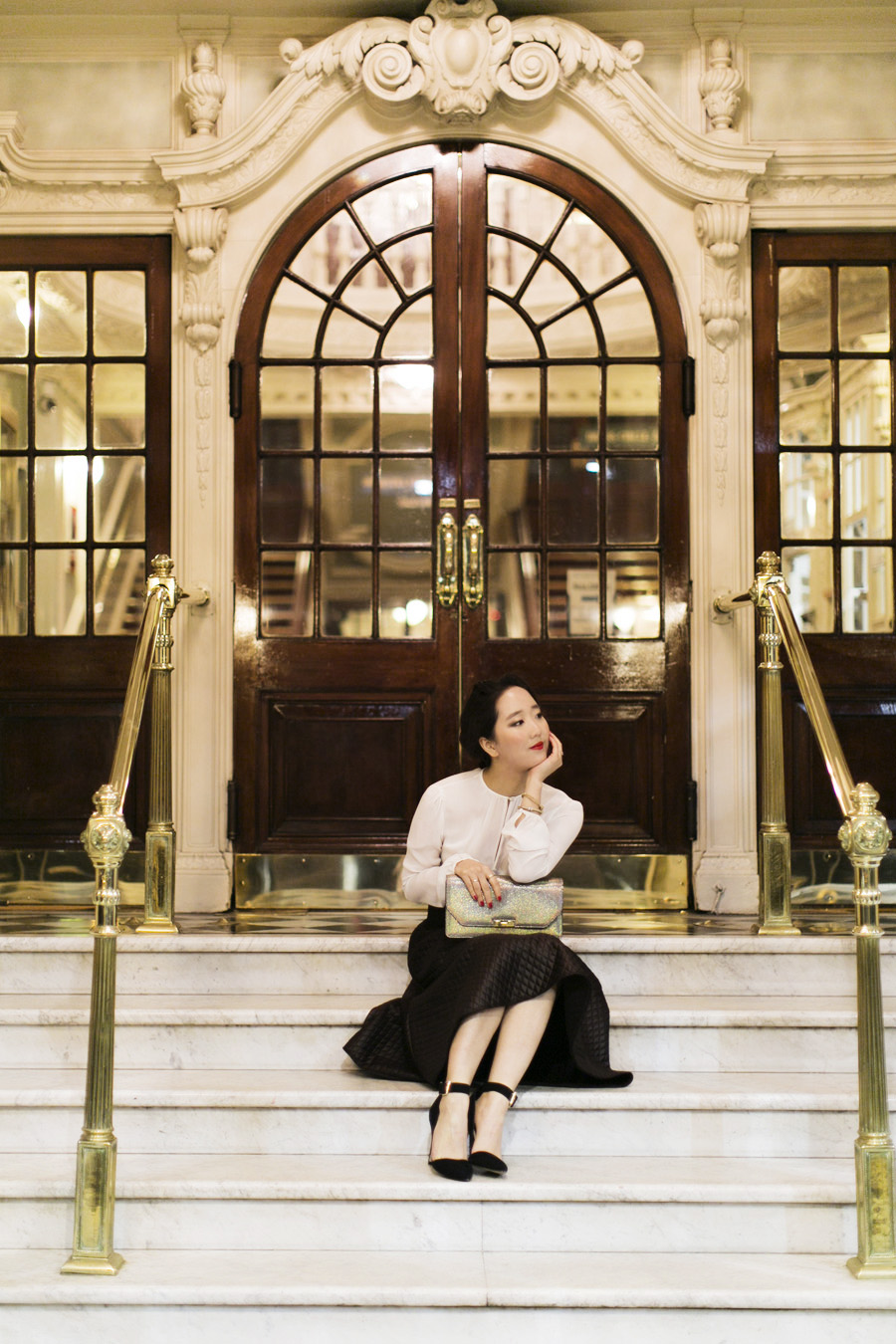 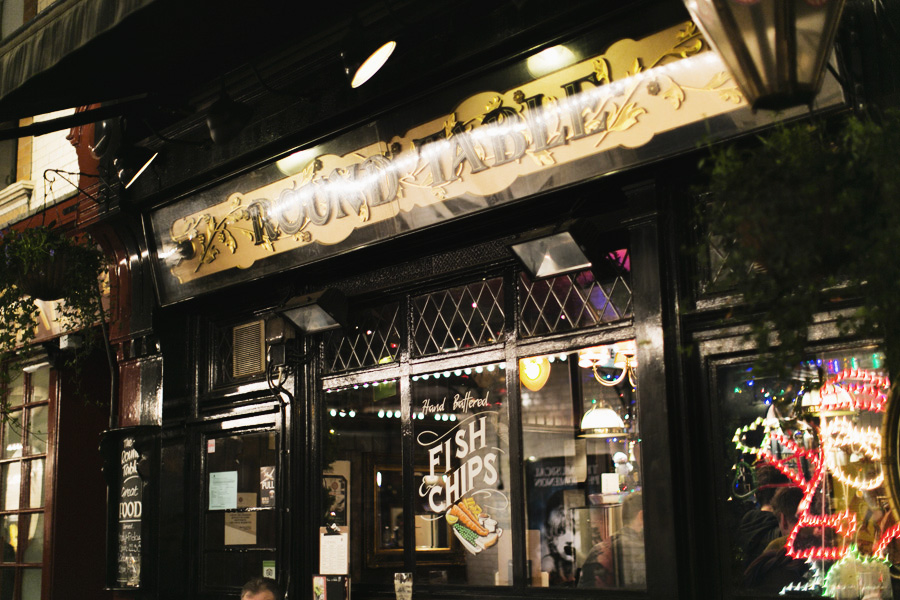 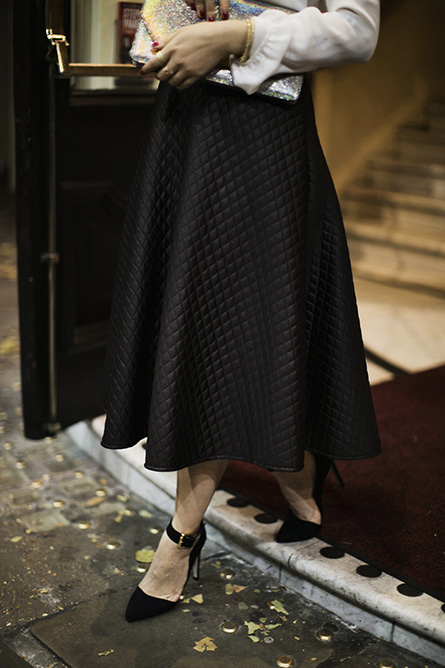 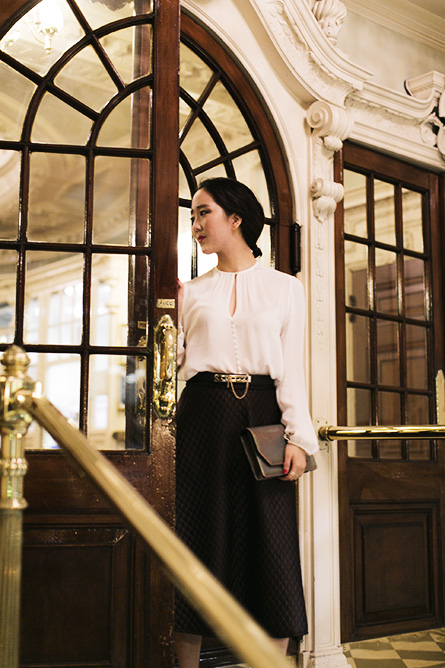 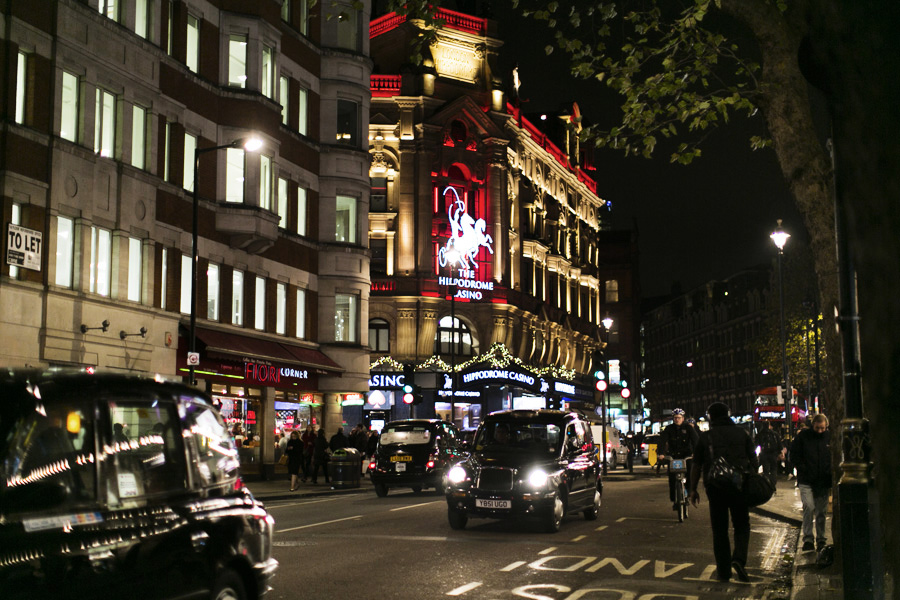 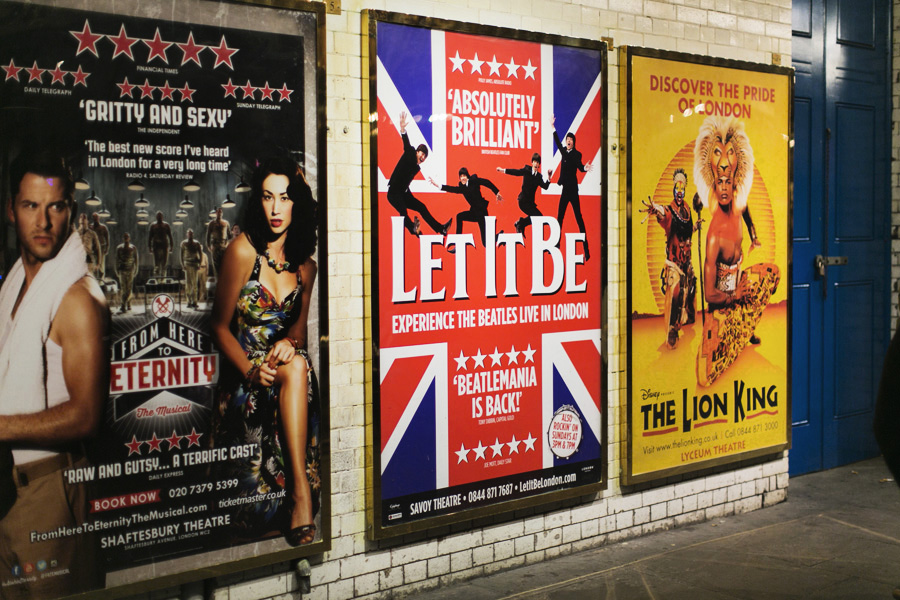 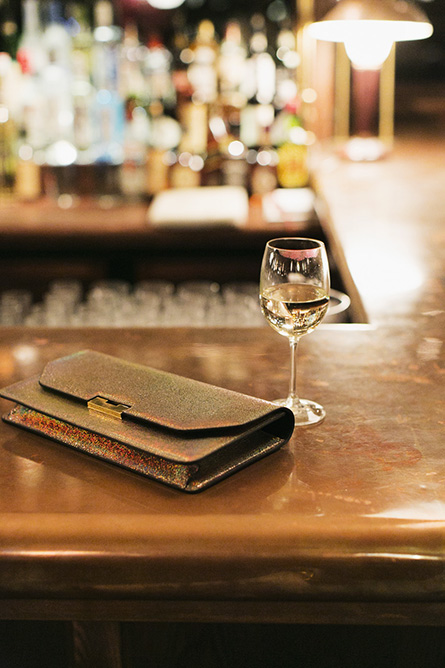 When we’re not sunning ourselves at the glare of our laptop screens, connected merely through an Ethernet cable and gunning down Nazi zombies on co-op multiplayer mode, hubby and I like to think we are pretty normal people. You know, like, wine, dine, and footsie under the table kind of couple. Having been together since highschool, to this day our dates usually involve a bus, the local cinema and cargo pants for maximum pocket-space to smuggle in snacks (our record is 2 massive Dorito’s bags and a bowl of salsa dip). If we reach first place that’s a hot night. But lately, and I’m not sure if it’s all the glittery holiday decorations or the fact that it’s dark before the afternoon is up, we’ve been arranging more dates out in town – eating food that wasn’t delivered by a motorcycle, wearing clothes that aren’t soiled with bits and Kebabs. I won’t lie, it’s exhilarating to experience London in a different light, and to know that by learning to do this we’re living the best of both worlds. One night we’ll burn through the night at home with back-to-back Big Bang Theory seasons and plastic cutlery takeaway dinners, and on another we can sit at a marble-top bar with the glittering liquor bottles and sip wine that’s listed slightly lower on the menu before the 7:30 show. We’re still taking it slow though, occasionally I have to kick his shin if he tries licking his plate clean (our version of footsie for now), and we remind eachother about the discretionary cough when someone belches . The other night we tried smuggling in popcorn in the Gucci clutch and had to explain that it was a gift and all the popcorn just came with it. 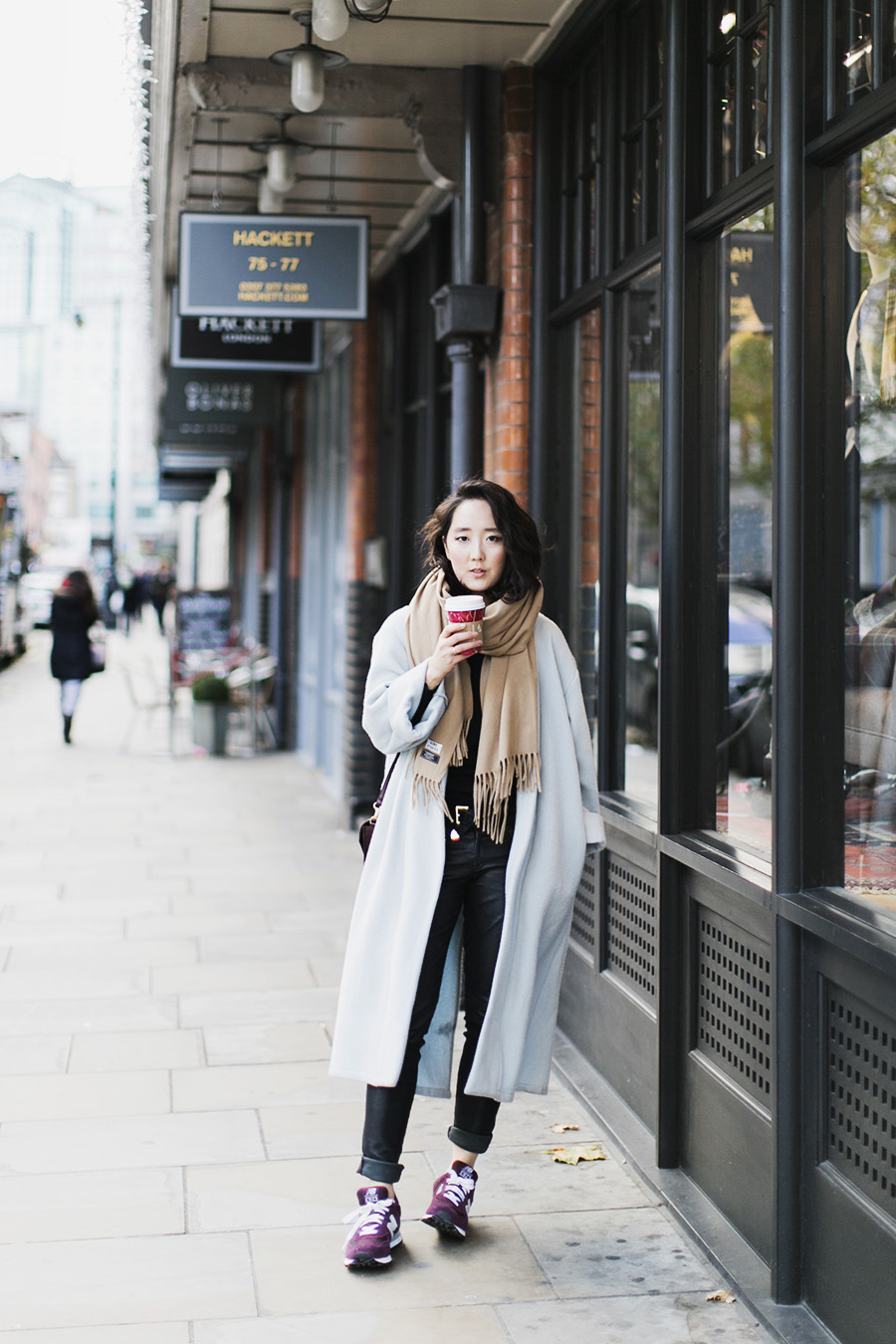 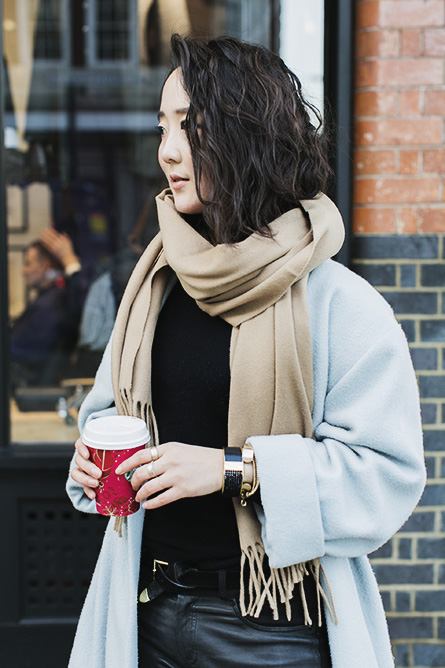 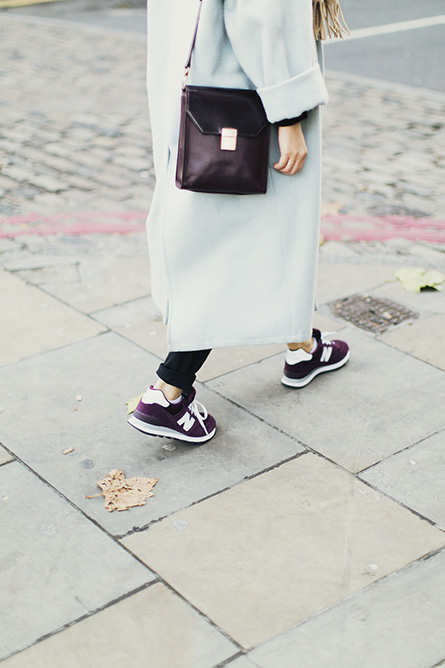 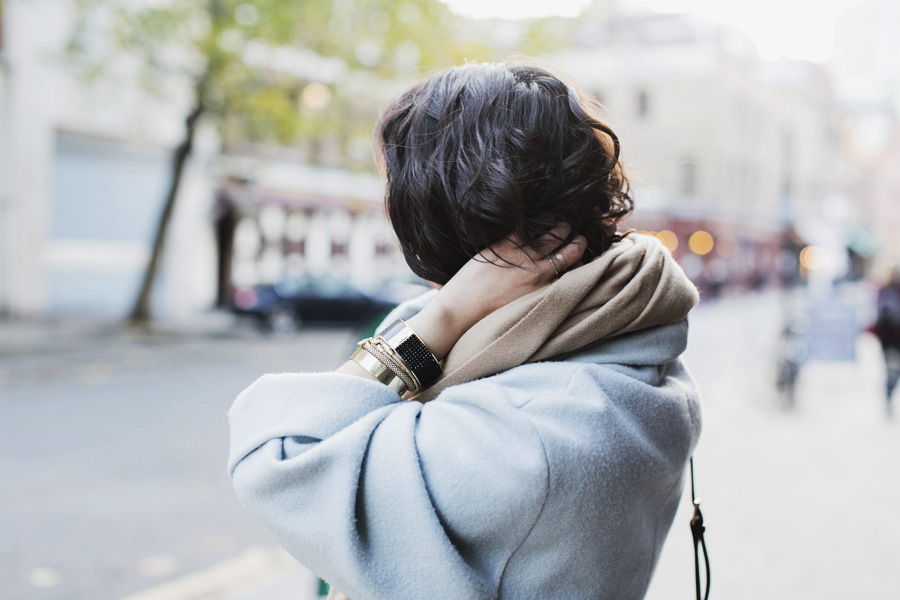 Just a quickie before I head out for a day of chores, or as I’d like to say, excuse to drink five hazelnut lattes and stumble home feeling like a cow/squirrel by the end of the day. I’m hoping to finish my Christmas shopping this week so that I’m not forever remembered as that girl that keeps getting into rumbles with desperate middle-aged men in aisle 5 for the last tree-shaped candle. Although, I do usually look forward to February 13th because that rumble is usually for the last heart-shaped chocolate with desperate 20-somethings and seeing how I’m married that’s the most action I get in months. Oh I’m kidding. Sob.

Also, do check out a wee guest post I did for Wink, a blog by Nathalie Colin, the Creative Director of Swarovski, on matching jewellery with belt. Here’s a preview…:

Outfit photos thanks to the help of Ellen!