Accessories
Party of one 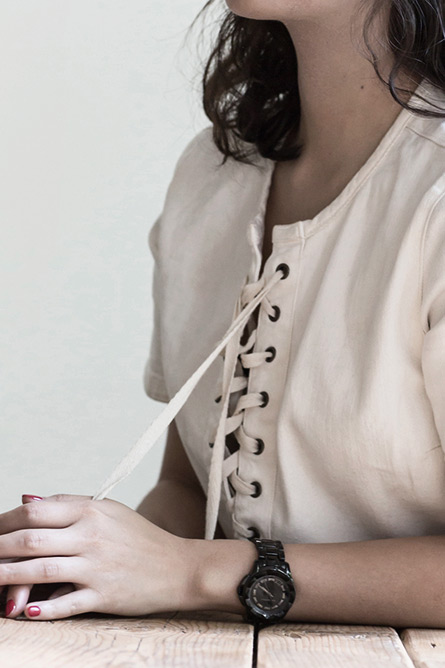 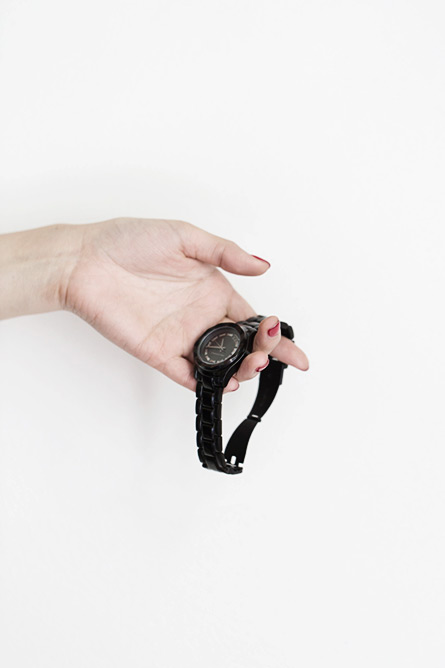 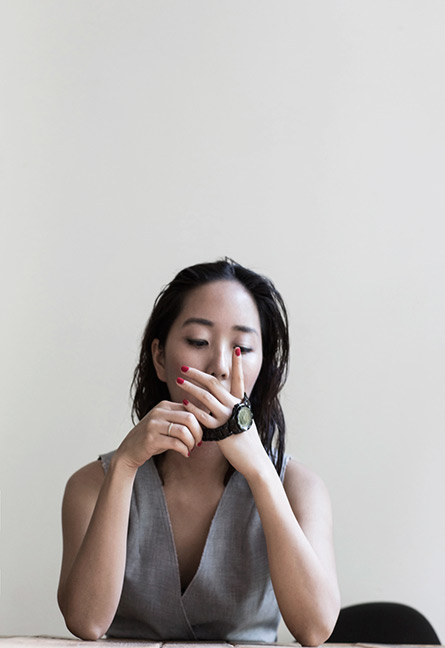 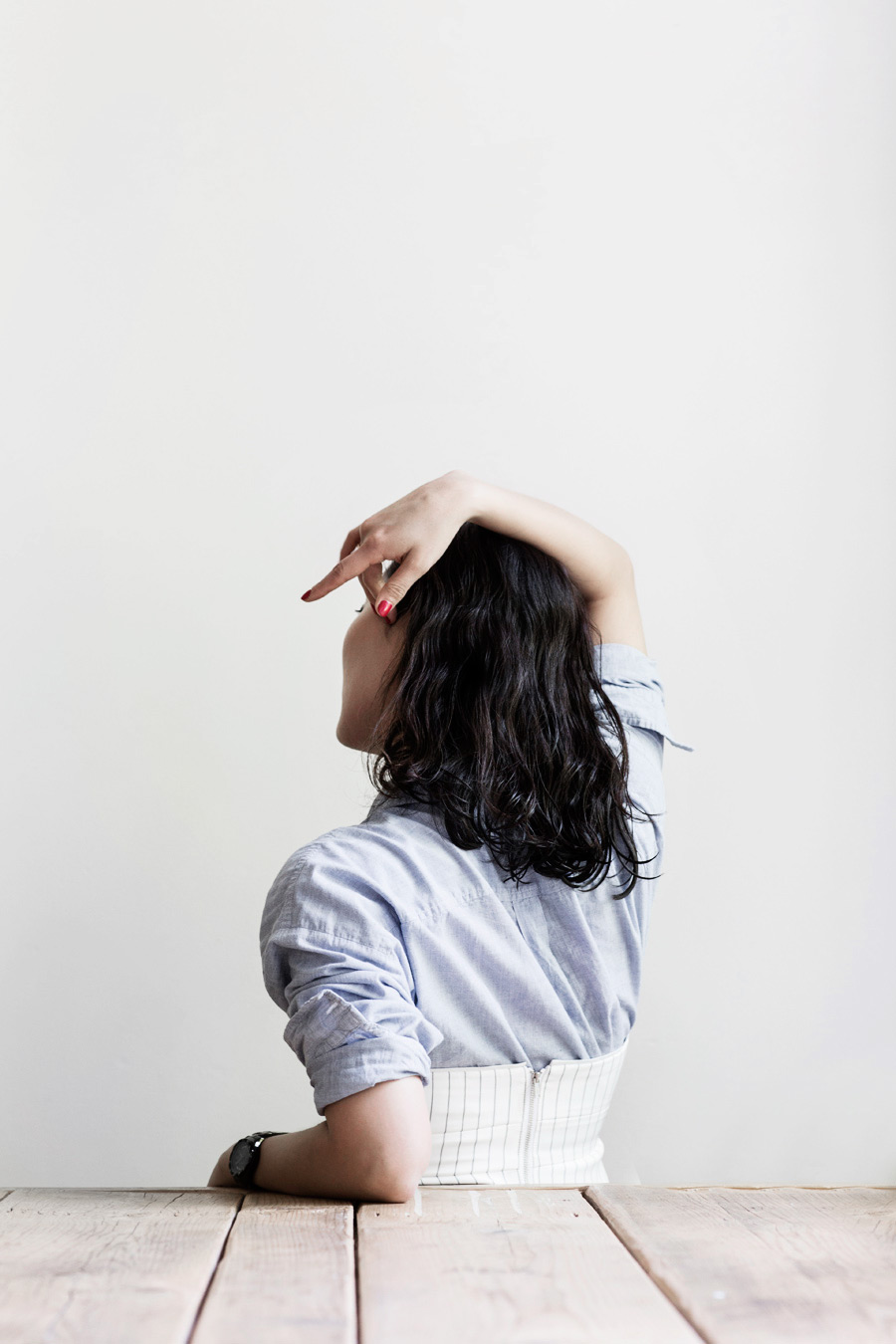 I’ll admit, when it comes to ‘arm party’ it pretty much takes the same form as any other ‘party’ in my life: sparsely attended, digital, and most likely borrowed from the boys. A feminine character may jazz things up from time to time but I’m generally seen with one partner in crime that can both tell the time and play ding-dong-ditch with me after one too many beers and tacos. Plainly speaking, my accessorizing routine typically consists of sliding on a watch, followed by one golden bracelet of some sort. Rings, only if I haven’t snoozed more than three times in the morning, otherwise au naturel and fingers crossed my manicure is intact. This Karl Lagerfeld number from the Watch Hut is one of my latest accomplice, one I picked out for its sporty vibe but also sort of looks like a batmobile and that tickles me somehow. I swear I must be a nine-year old boy at heart. (Certainly have boobs like one.)

In collaboration with The Watch Hut. All views and opinions mine. Photo assistance: Simon Schmidt 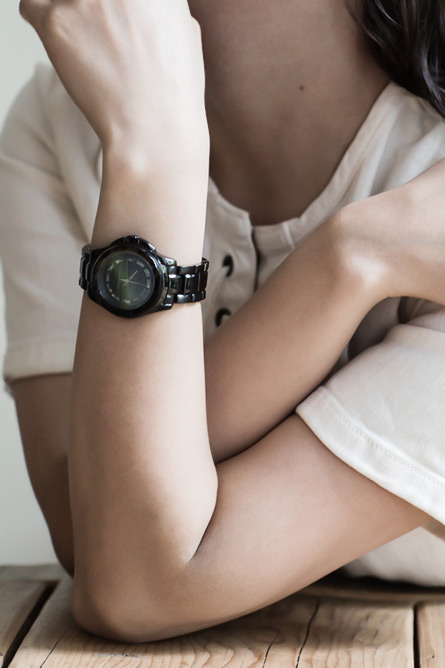 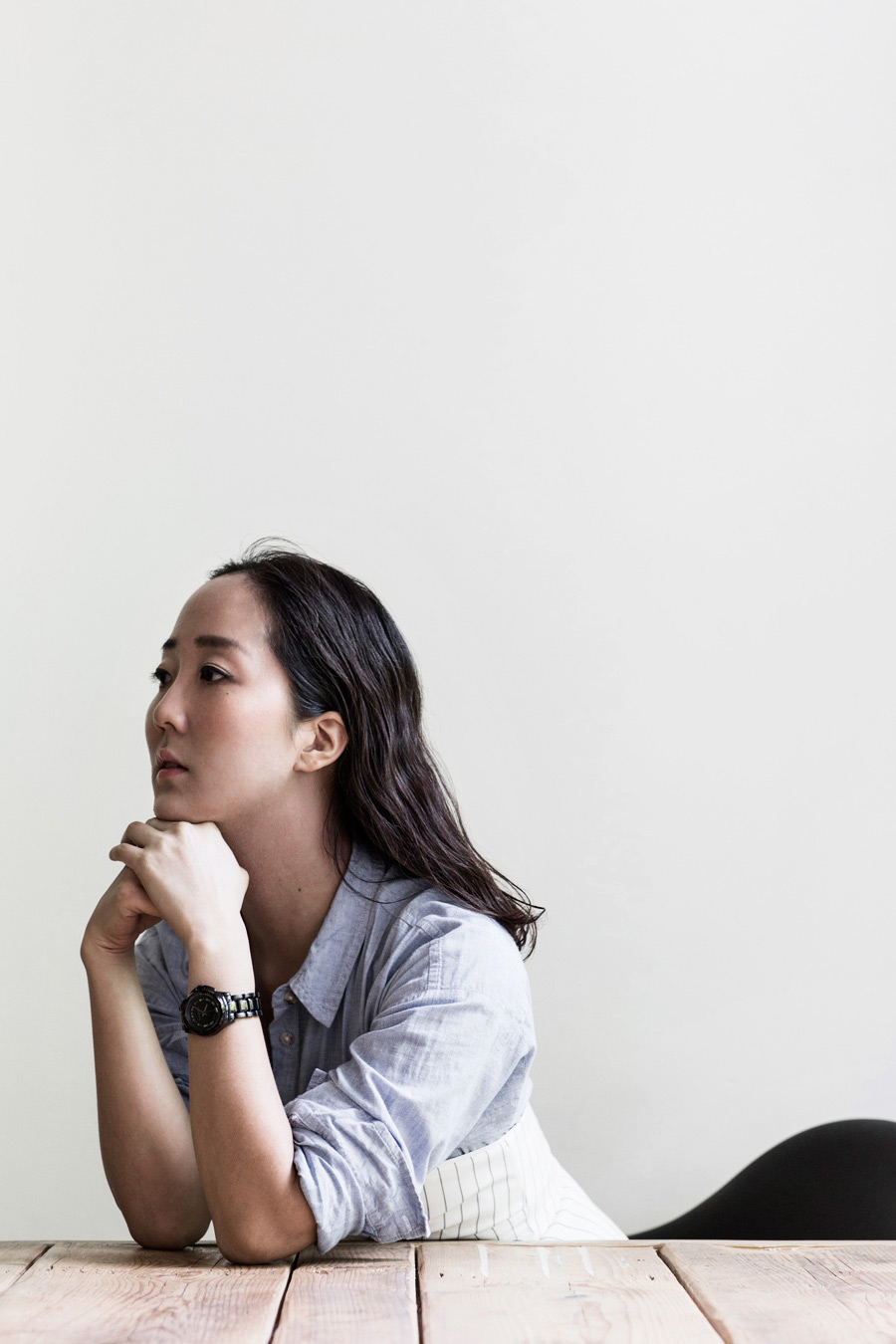 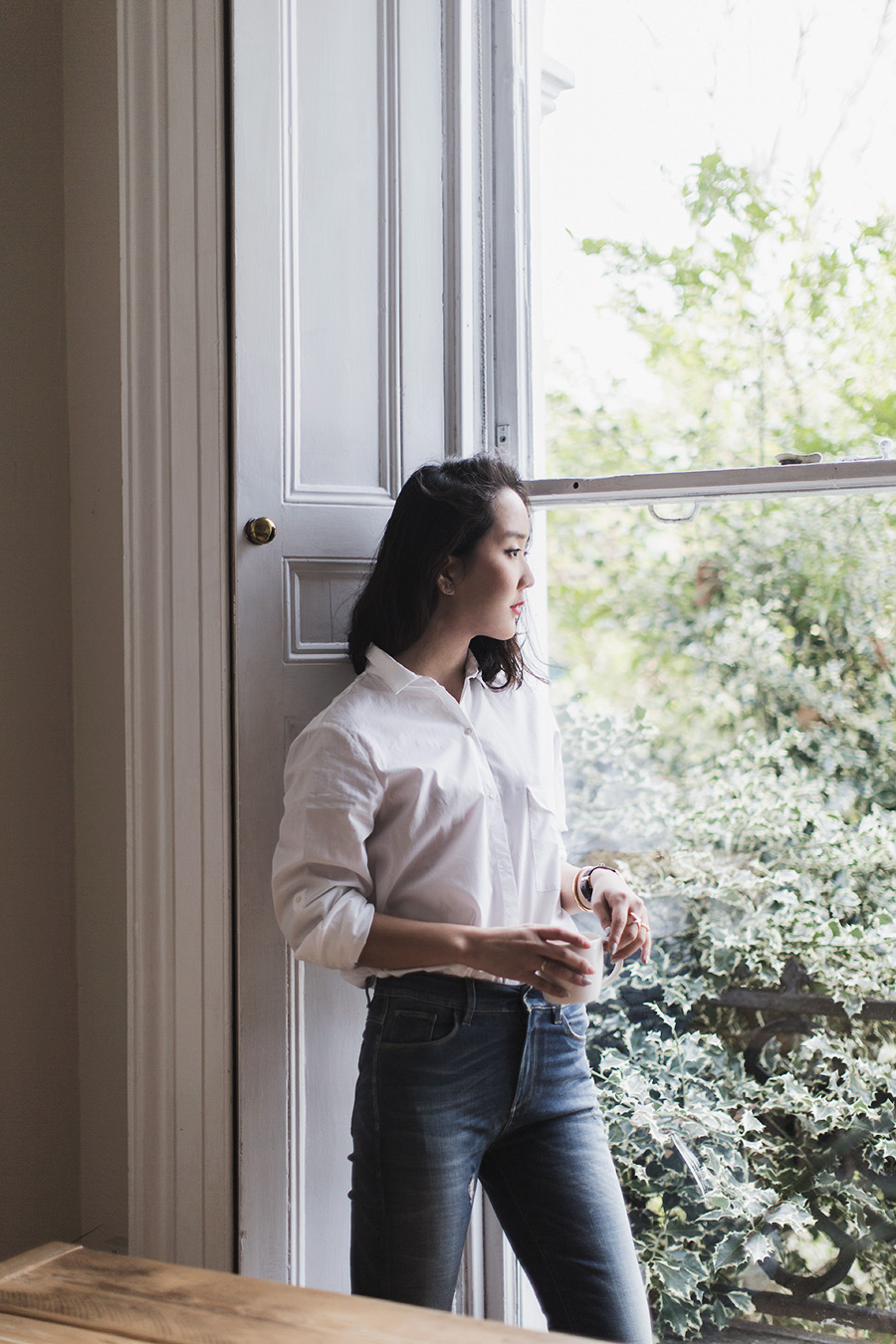 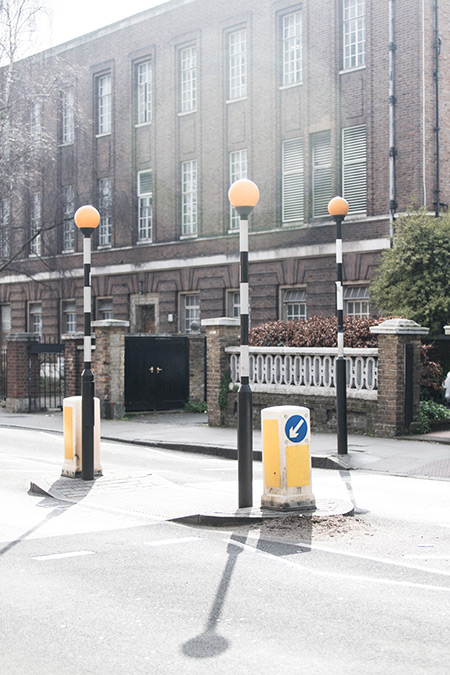 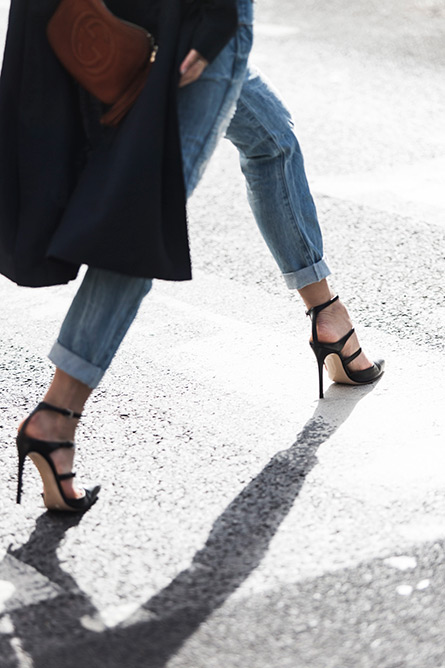 If you happen follow me on my satellite rant-channels such as Twitter or Instagram you’ve been subject to the live stream moaning of all things related to the joy of moving homes. For this I apologise. If you don’t however, you 1) are making smart choices in life (or at least very refined taste in internet personalities) but also 2) missing out on a whole slew of embarrassing food choices that explain for mysterious stomach bulges that excite and disappoint my mother every other day around dinnertime. (“Kebab or baby?”) 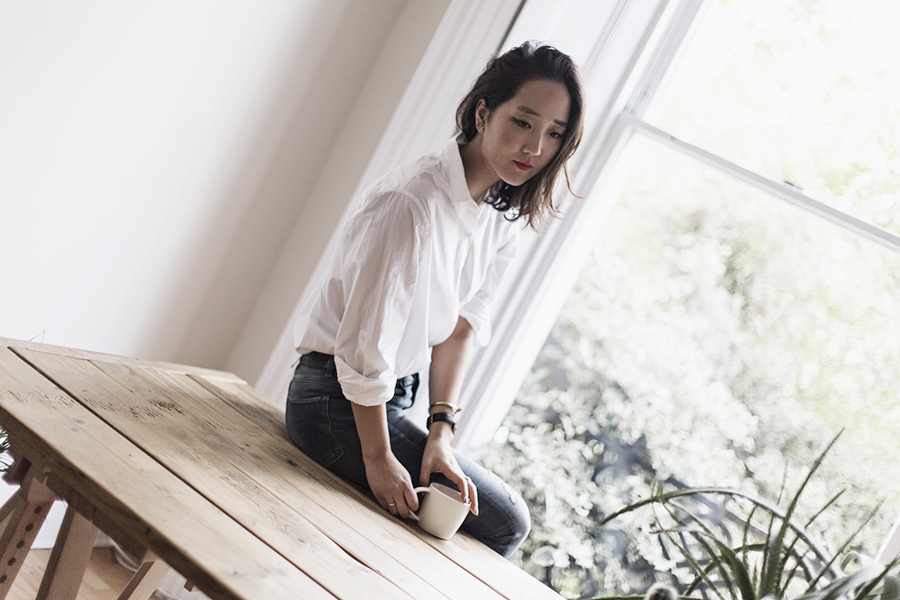 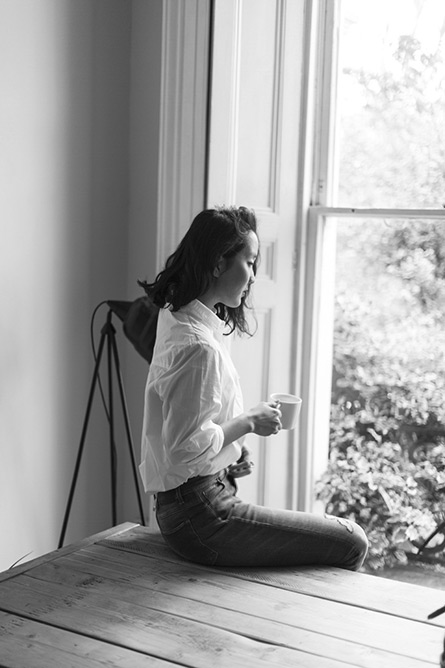 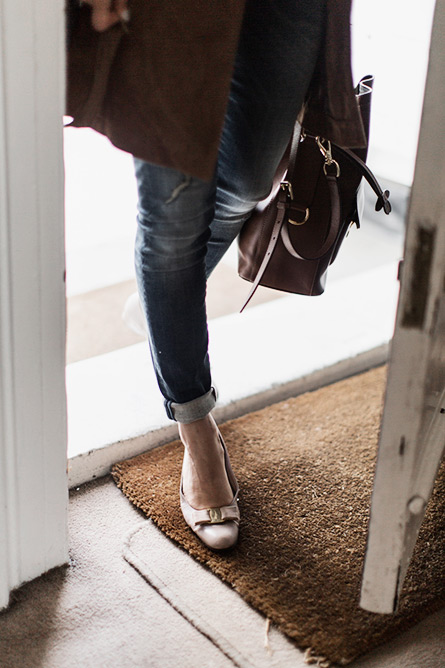 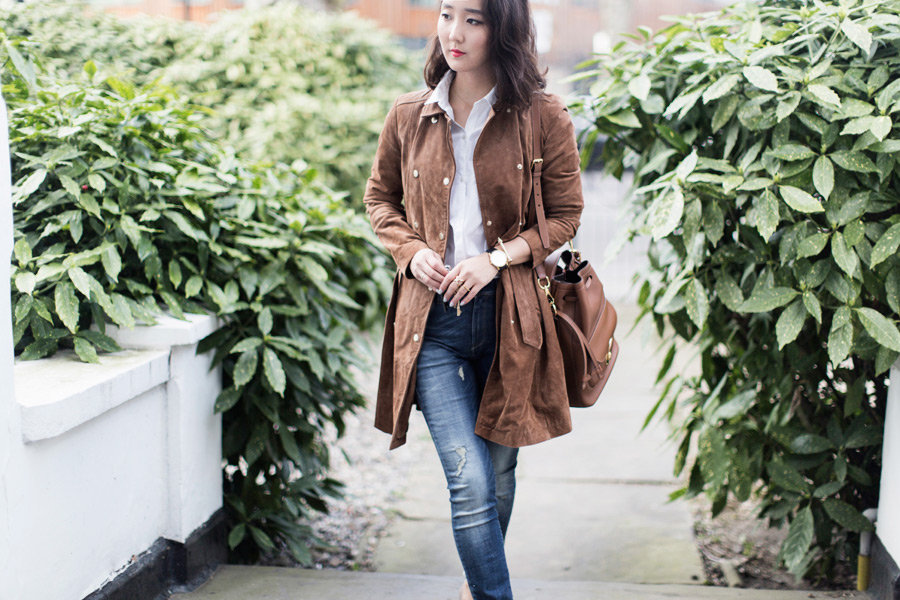 For the past month I’ve been in nothing but jeans (these two G-Star RAW pairs, my current fav), occupying myself in packing, unpacking, and learning the art of leading a professional life in the most trashcan-like setting in the new house. But we have a marble fireplace so, we got that going for us, which is nice. So far we’ve managed to dig a path to and from the boxes containing beef jerky packets, and have sung a bit of Step in Time while vacuuming around the fireplace.

When it comes to moving uniform though, jeans all the way. Tight or wide, I just like knowing I can wipe my hands on my leg since I have no clue where we packed our towels. While I go look for some (it has now come to a point where a shower is definitely needed), you tell me whether you’re #TeamTight or Wide when it comes to jeans. 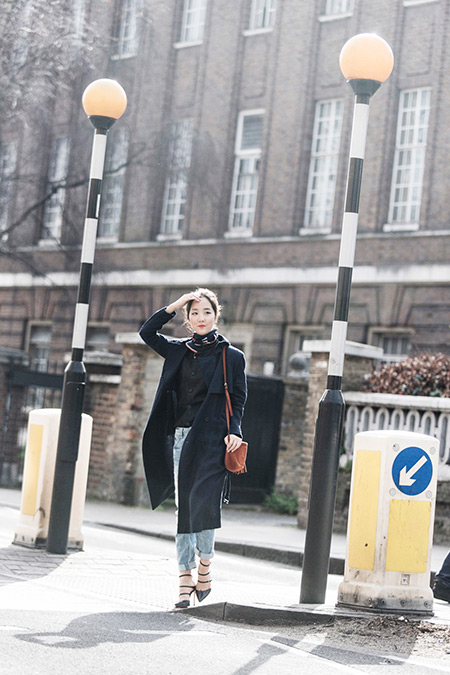 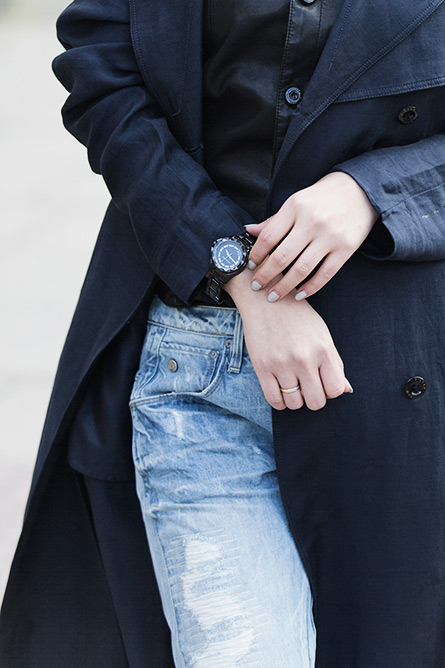 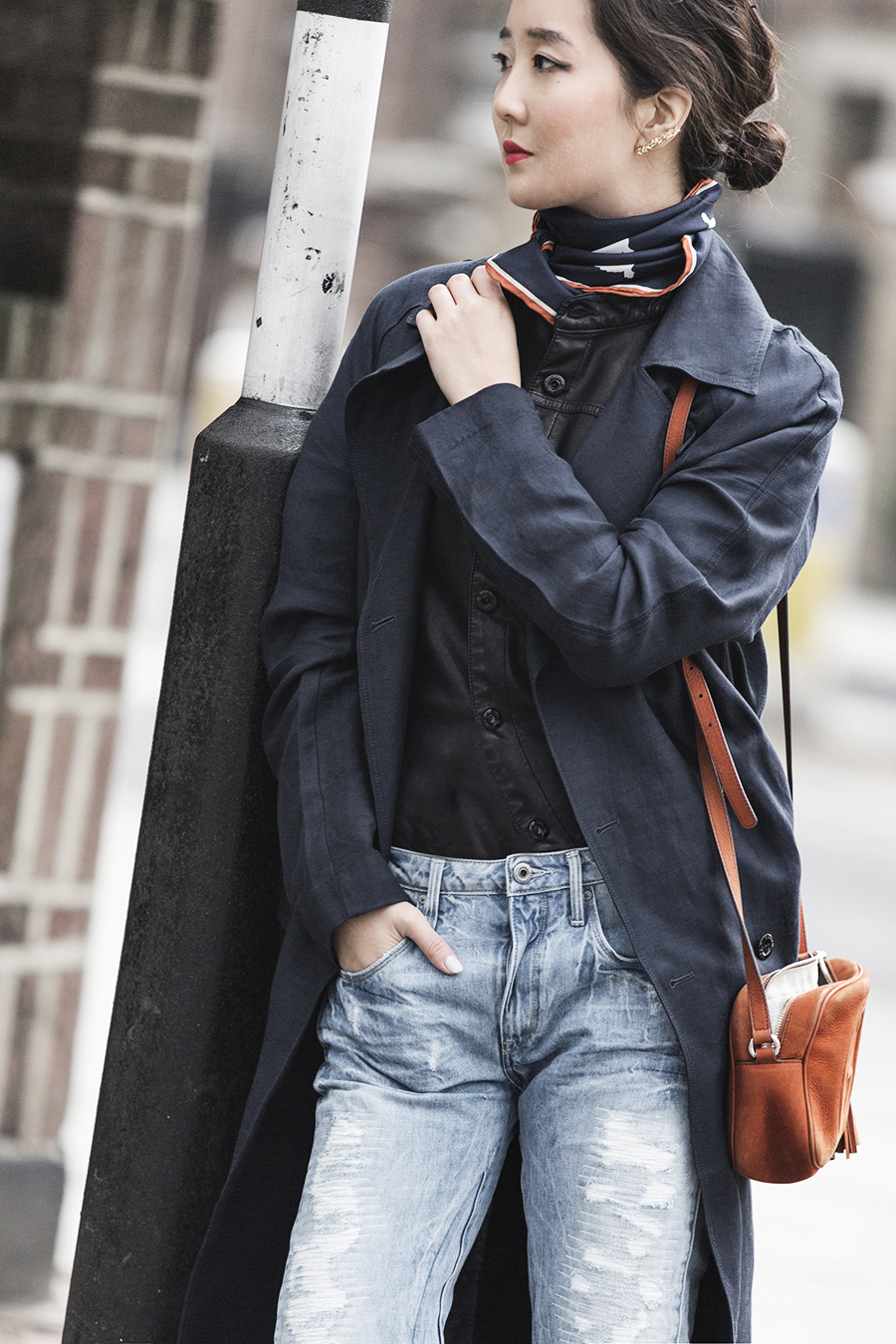 Now would you just look at that bag.

This might be yesterday’s news but seeing as today is Halloween and I’ve already painted my face with cupcake icing and dressed up as a Fashion Blogger, I might as well do the dance too. It so happens that a folder full of unedited photos from the Chanel SS13 show has been haunting me for the past month, and this might actually be the only time I can share before we’re onto a whole other season/collection so far from the ‘now’ (which may or may not cause my brain implode). It was such a beautiful show, words (well, mine at least) really can’t describe the grandeur of the setting. No profound ‘eco-friendly’ message as the wind turbines might suggest, but the underlying theme was fresh air, the sense of clean and refreshing breeze cutting through a thick summer day, which was apparently how the collection came to Lagerfeld this summer. Shorter hems, oversized breezy, strapless, and perfect circles (lucite brim boaters and pearls everywhere) – plus I’m hoping the hula-hoops detach from the bag so it completes the playfulness in lego-shaped accessories.

Hope you’re having a fun Hallowe’en, don’t forget to leave a nice drunk comment when you’re home, you know how much I love hearing from you!

The clear glass sand crunch under my feet and my head jolts down to see I’ve passed through the gates (of fashion security, that is) and stepped into the legendary show venue of Chanel. My eyes are drawn up to marvel at the majestic copper-green cage of the Grand Palais, then slide down along the watery purple gradient walls. At the floor a maze of mineral stalagmites create an ambience of hidden power and cryptic weakness; even the white-painted seats look like crystalline overgrowth. Fortress of Solitude? Perhaps, but the fervid show-goer traffic outside seems to disagree, surely Superman would’ve ensured it better hidden.  The stage slowly drains of organic writhing as the audience settle in their hand-labelled seats, and just before the music there is an eerie moment of calm.
The collection trickles out, jewel-encrusted eyebrows and slick ponytails bobbing atop rocky textures – bouclé and heavy wool coats, layered in the most ‘un-Chanel’ like manner (if such manner even exist anymore, as Karl systematically breaks all boundaries each season) one that rewrites Paris street fashion when it involves bare legs. Crystal encrusted sleeves finish a scratchy graphite bouclé jacket,  layered on petrol-slick gathered chiffon… and little boy bags, some painted to resemble guts of agate stones. The shoes too are super-natural, half boot-half mary janes, with transparent stalagmites for heels. Chanel is magic, that has been an undeniable fact since Coco herself sat at the mirrored steps on 31 Rue Cambon and orchestrated her collections, but to be present at a show has truly been a taste of the sorcery behind the designs and philosophy.

Thank you Sarah for being so accommodating even at such late notice.

Excursion · Paris
Ballerinas in the window

The Printemps, putting the ‘cha-cha’ in ‘enchanting’

If you ever find yourself in Paris this coming holiday season, particularly near the Printemps, and happen to spot a rather large foundation smear on one of their windows…that’s me. The next window should have Carrie‘s smear, with a bit of her signature red lipstick smudged in, of course. Chanel is taking over the world, one window display – one mini Karl doll at a time. It’s pretty obvious by now that it doesn’t take much to coax me to go to Paris; in fact, isn’t ‘coax’ too strong a word, a whisper of allons-y would do. So I made my way down to Paris, barely having read the invitation from the Printemps, just the few words: Chanel, Paris, Laduree… who knew Karl was in the small-print? I’d say silver lining but 1) the trip was magical, and 2) I shan’t make jokes about his hair. Nah, I might enjoy the diva facade and not read invitations but when I got to the bit about cocktails with Karl, I kind of blanked out, then called Farfetch to see if I could borrow an appropriate outfit from one of their boutique partners.  That cocktail didn’t happen, but Carrie and I had a ball anyway, pressing our faces against the glass hoping maybe we could pull a Harry Potter zoo trick and end up inside the window.

Thank you Ykone & Printemps for having us!