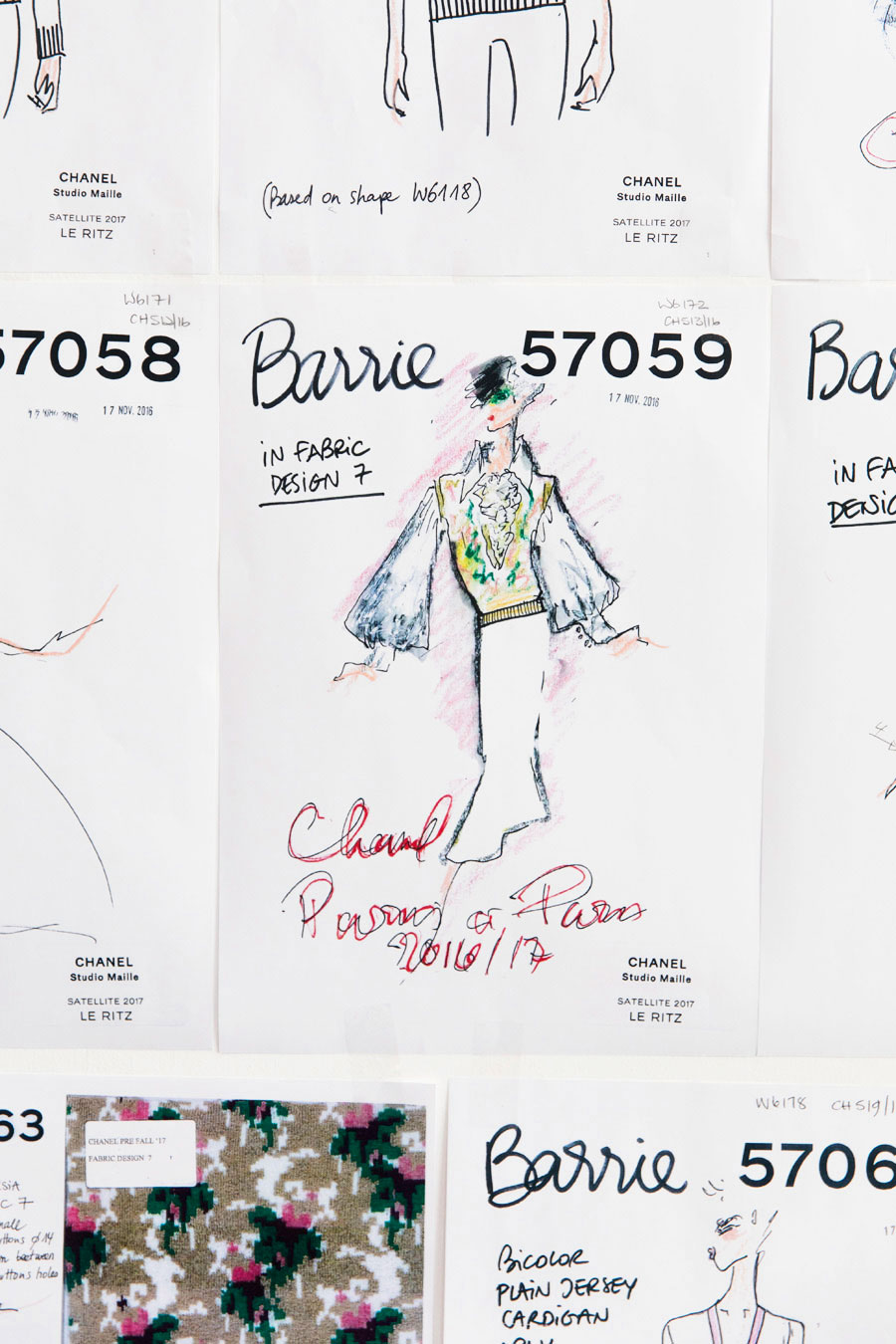 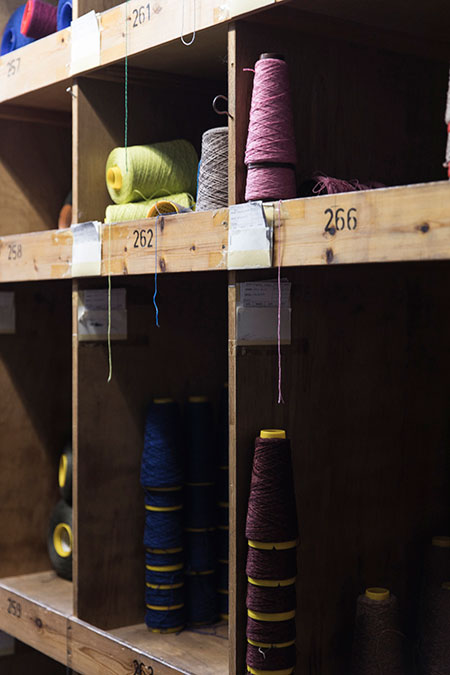 In what I can only describe as fickle (AF. Excuse my French) and fundamentally confusing times that is managing to spur a notoriously apathetic generation and an ENTIRE GENDER to be hot and bothered, my visit to Barrie Knitwear in Hawick, Scotland comes as a balm.
There is an air of enduring timelessness to Barrie, suppliers of Chanel knitwear: a distinct lack of fuss or noise, save for the gentle whirring of machines and crisp snip-snaps from thread cutters sprinkled across a well-lit assembly hall. The main objective: the craft. It’s a no-brainer. It’s evident in the sculptural jumper worn by my guide (whom I end up awkwardly hugging/petting in the end, because CASHMEEEERE), in the knitted brows (see what I did there) of the men and women mounting the rib panel stitch-by-stitch, and the multiple quality control stations that punctuate the entire process.

It has been quite a journey to reach this point, my guide tells me, however. In 2012, Barrie’s holding company had hit a financial bind and was forced into administration, which is when Chanel’s subsidiary company Paraffection (meaning “for love”) had given a hand in the name of savoir-faire. This poignant purchase has since aided the mill in securing scores of jobs, serving the Hawick community, and resuming some 140-year heritage and expertise. In a sense, arguably it’d been a natural acquisition, given that Chanel had been working with Barrie for thirty years’ prior on producing twin-sets and the perennial two-tone cardigans that is still a staple of the brand. No stitch was to be dropped (aren’t I just full of puns today) in Barrie’s cause for highly finessed knitwear production. 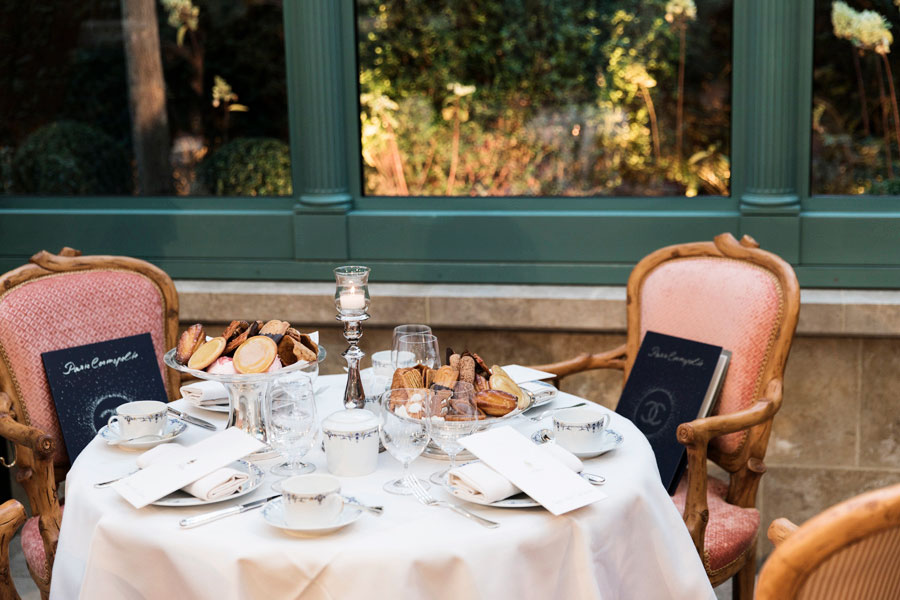 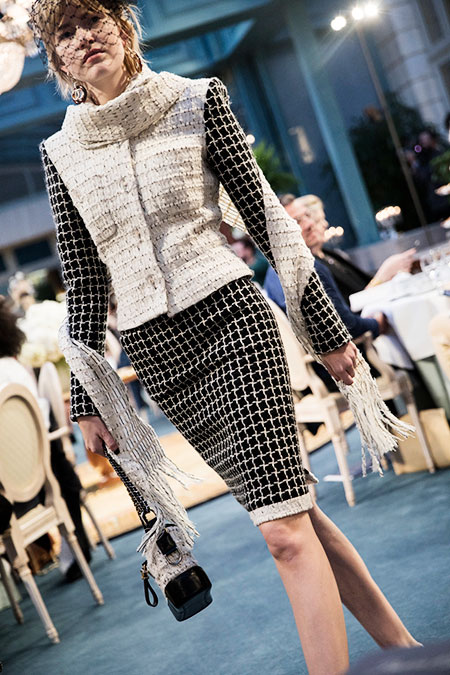 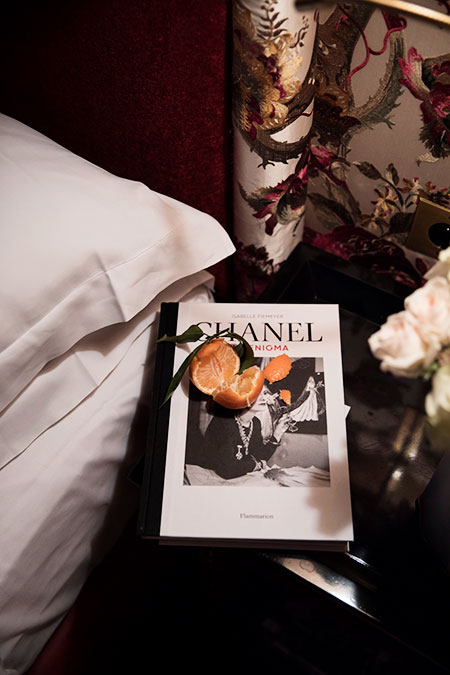 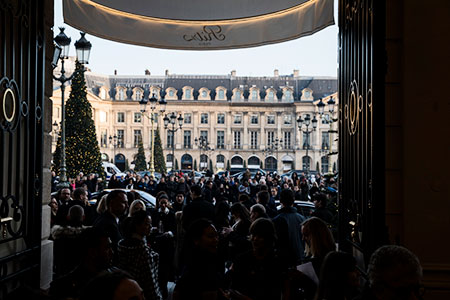 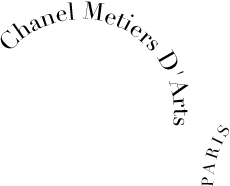 …filled with the cosmopolitan, high-rolling glitterati that famously adorned the Ritz.

Chanel’s Metiers D’Art returns to Paris for the brand’s sixth and final collection of 2016, right back to the hallowed lobby of the recently renovated Ritz, where Coco Chanel famously lived from 1937 throughout World War II, and died in 1971. While a centre-piece of French pastries and cookies needs no excuse, the show – served up in three sittings at lunch, tea and dinnertime, was filled with the cosmopolitan, high-rolling glitterati that would have visited the Ritz in its heydays.

Weaving in between the tables, dancing with the occasional ‘stranger’ (who turns out was a dance duro), the models wore midi-skirts with deep V-neck tops to match, bubble-capes and hair veils decorated with roses. As look number 42 sauntered by, I recognised the golden tunic that was merely a sketch and a swatch panel when I’d visited Barrie just two weeks past. 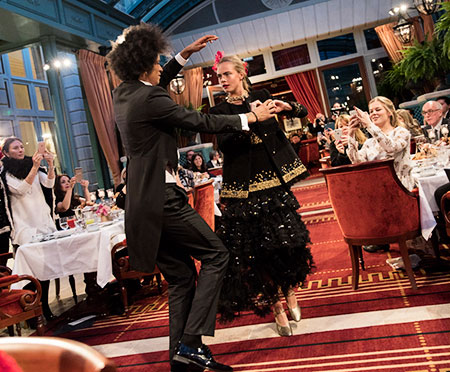 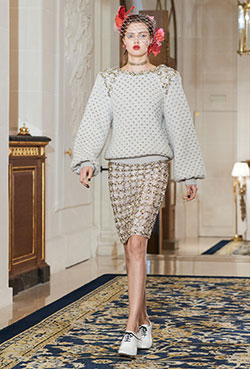 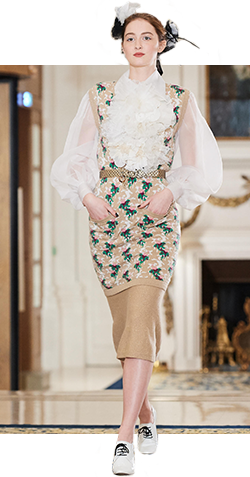 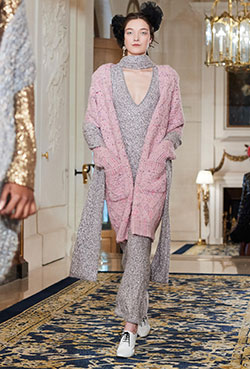 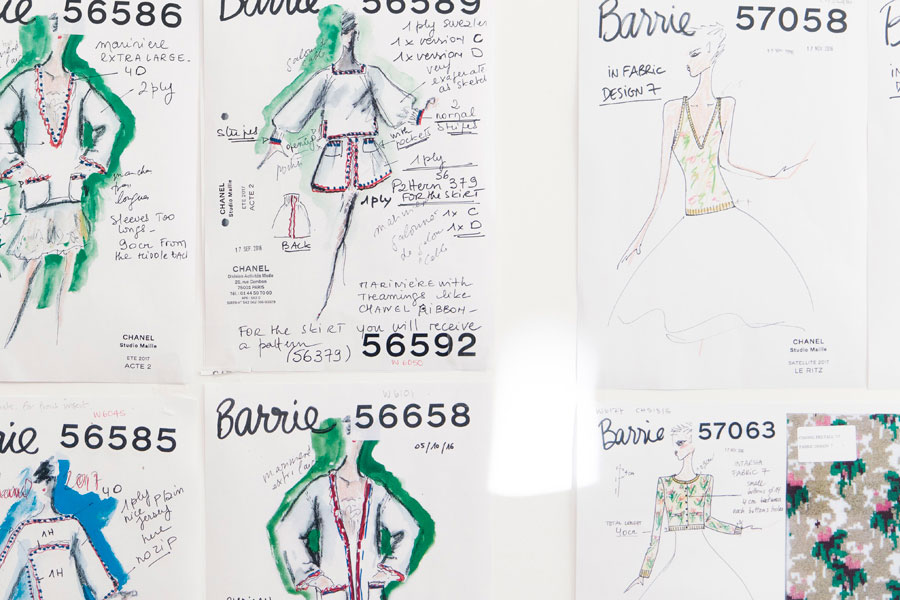 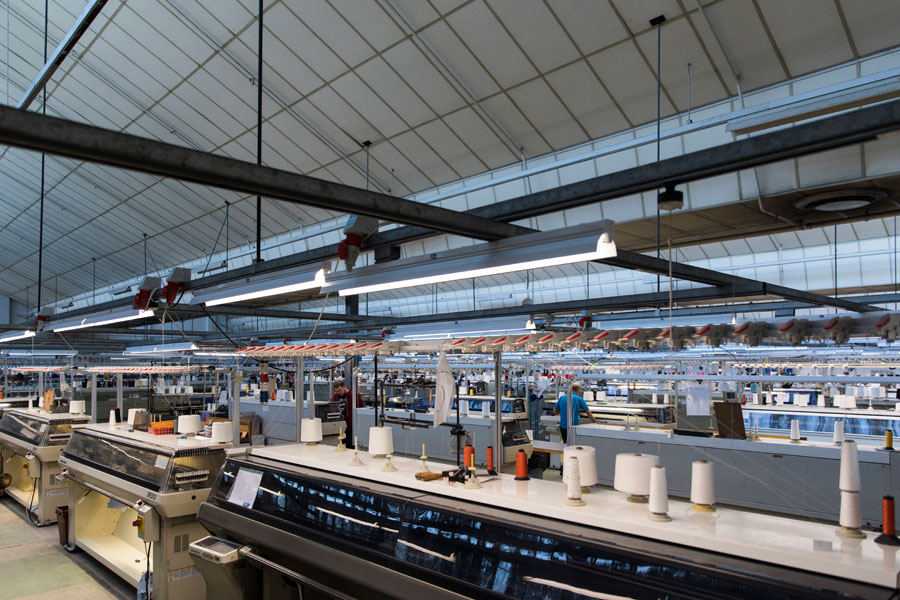 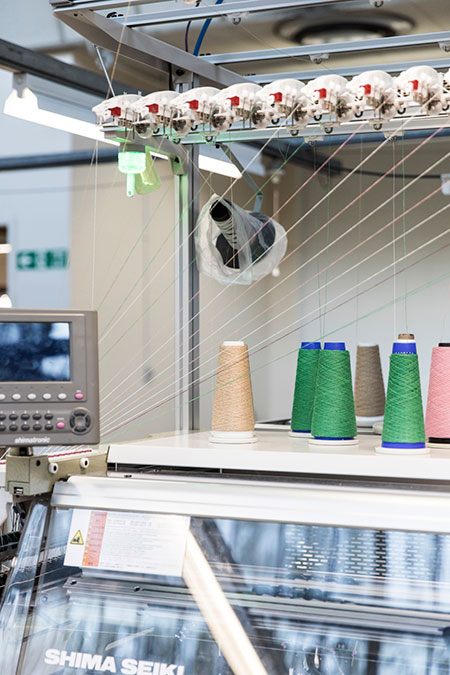 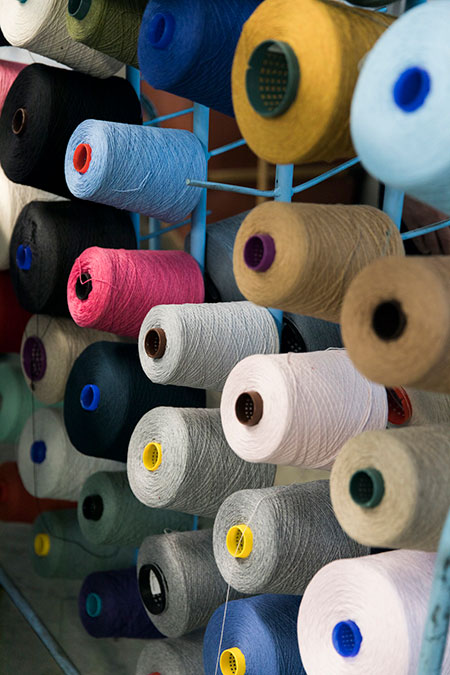 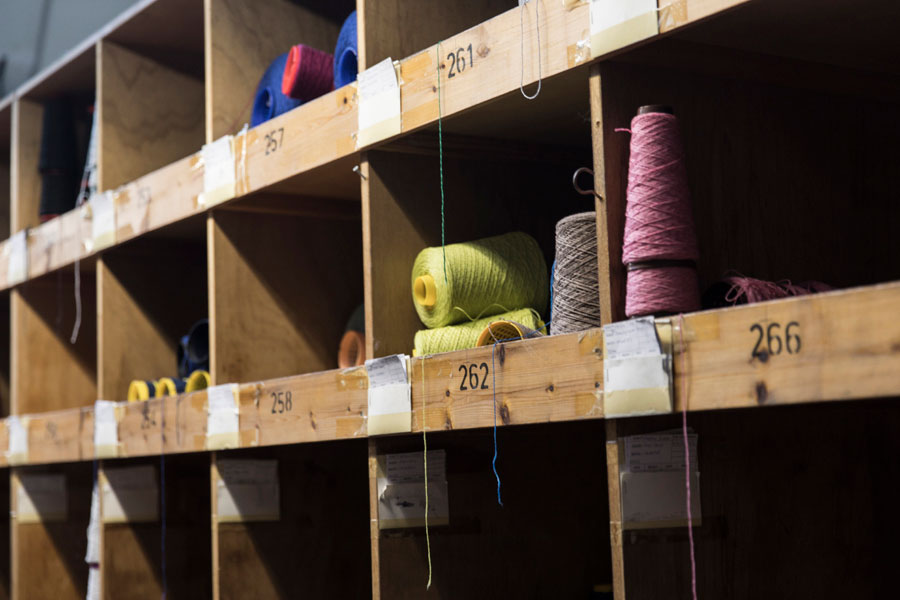 A stitch-by-stitch pattern is constructed based on sketches from Paris.

While final design input is made by Chanel, Barrie’s technical know-how is trusted in composing the best creation method. 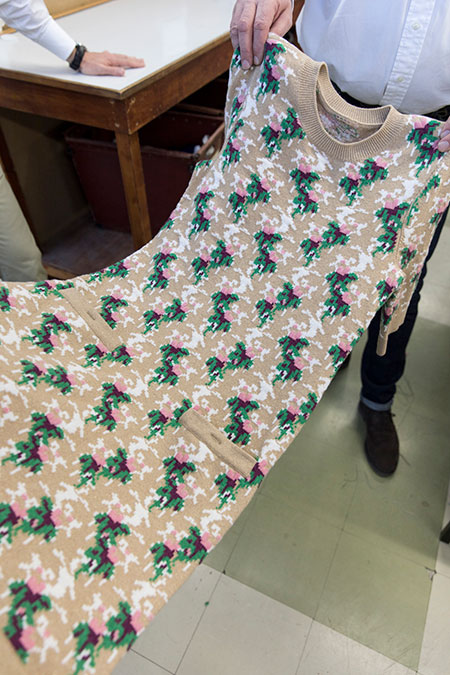 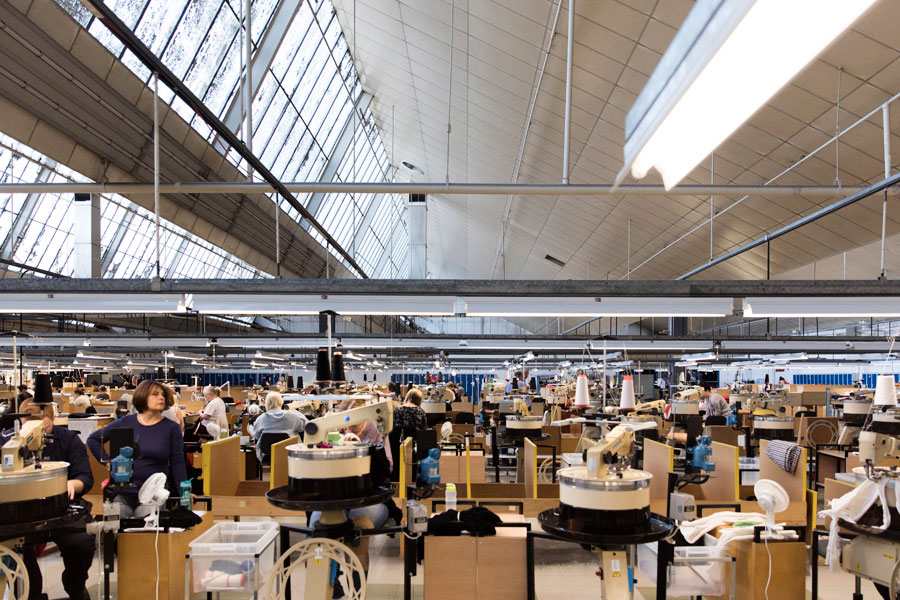 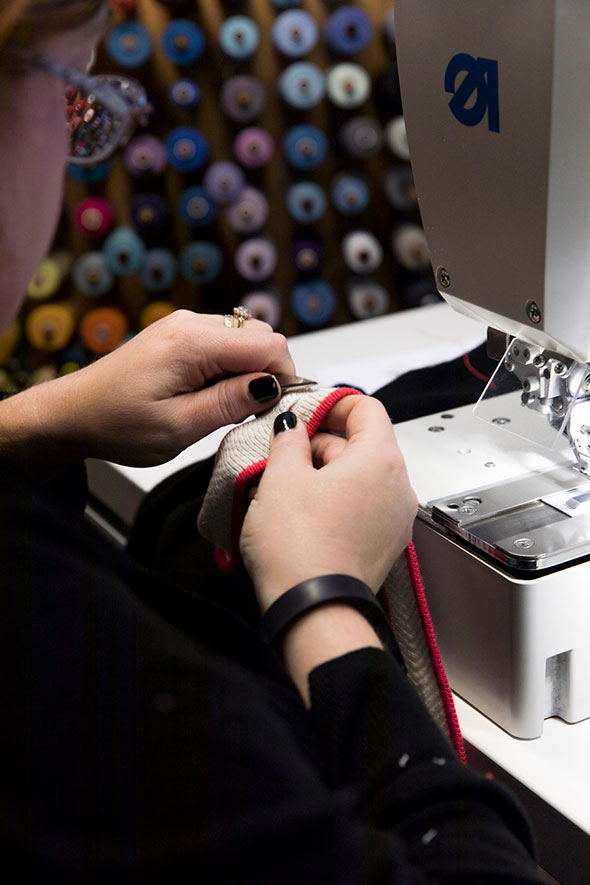 Below: Once knitted, the panels are washed and softened – but no chemical products are used (Only the water from Teviot river is to to praise!) This process is not operated by a timer, but by an experienced technician who determines the doneness with his hand. 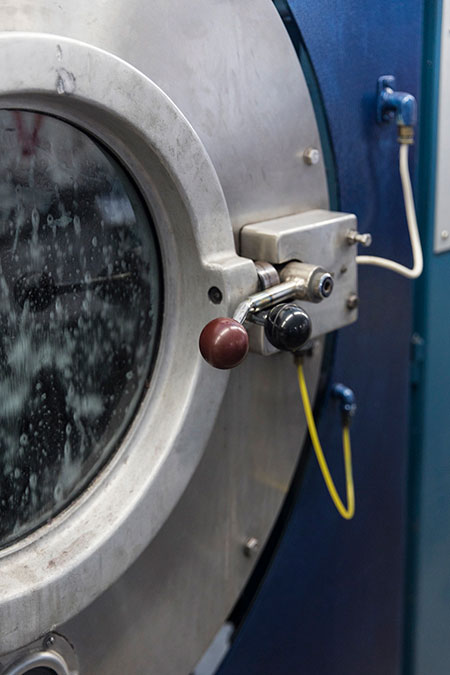 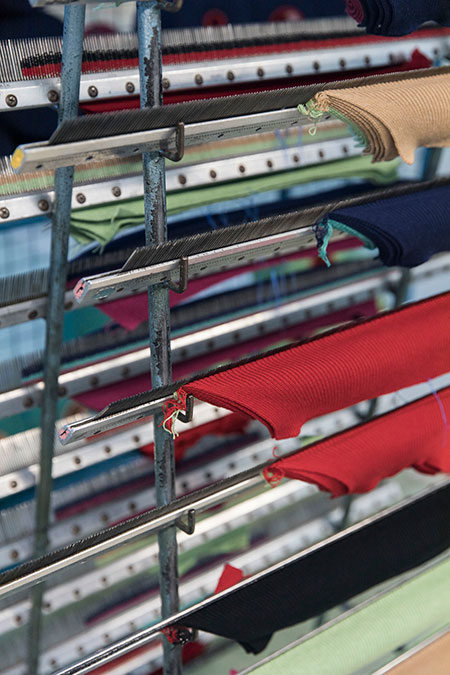 Rib panels are mounted onto the needles, stitchby stitch, which requires precision and experienced hands to ensure the quality of knit meets Chanel’s exacting demands. 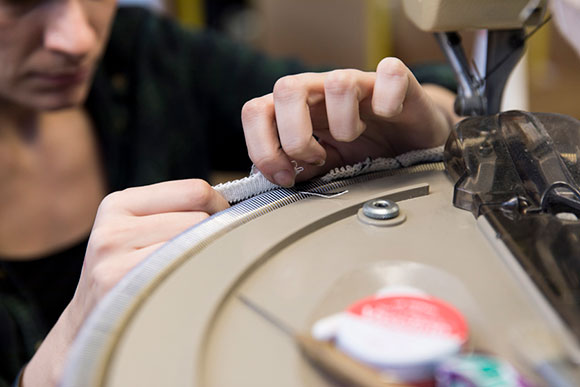 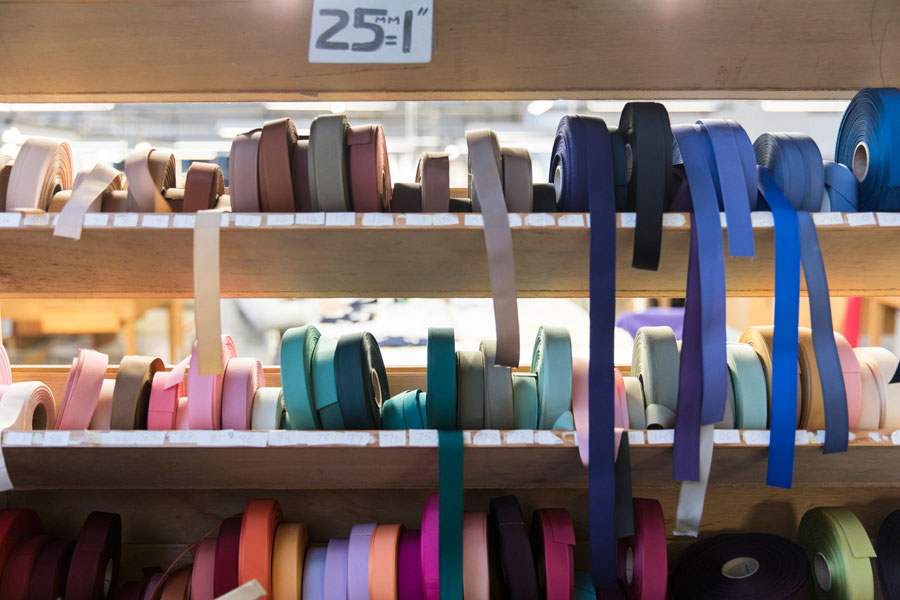 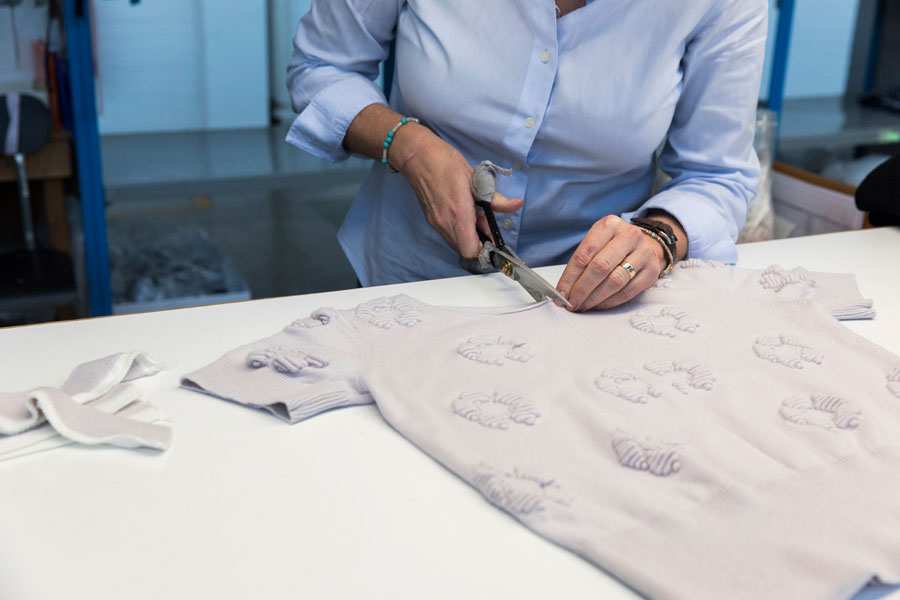 All Chanel knitwear is made in the ‘fully fashioned method’, which results in neater seams.

Above: a steady hand boldy shears through a cardigan in its final stages. 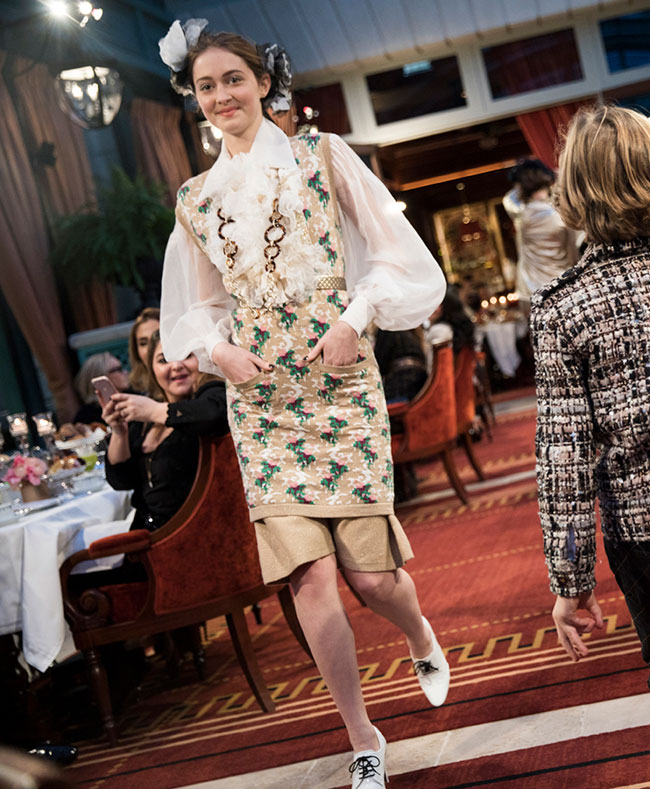 In the design room, I make a bee-line to a wall tiled with Karl’s sketches (I tend to dart off the leash at Chanel factories…), feeling a little naughty as I glean hints of the upcoming Metiers D’Art collection. The nonchalant hand-written annotations by the Chanel design team illustrate how the production process is a well-versed collaboration between the two studios. These rough sketches are then used by Barrie technicians to construct the pattern, stitch-by-stitch, using a highly mathematical application that look like impossible pixel-art to me. I have a hard time wrapping my head around the fact that there can be as many as four Chanel collections, in varying technical complexities, in development and production at any given time. I can’t even do my laundry while the water is boiling.

It’s a gruelling process. Assembling one piece can take up to 40 steps, involving state-of-the-art Shima Seiki machines from Japan, as well as some near-extinct industrial beasts from the 70’s. But the star of the process is the hands, and that’s ultimately what the Chanel customer pays for: the meticulous and rigorous care of highly-skilled artisans.

As a parent-company, Chanel endorses the pursuit for the ‘best’, and this resonates through Barrie as every trainee, technician, craftsman, work towards indisputable quality and quiet over-achievements. And this, especially in a landscape of dubious origins and sub-par quality products (and politicians), is something sure worth paying for.