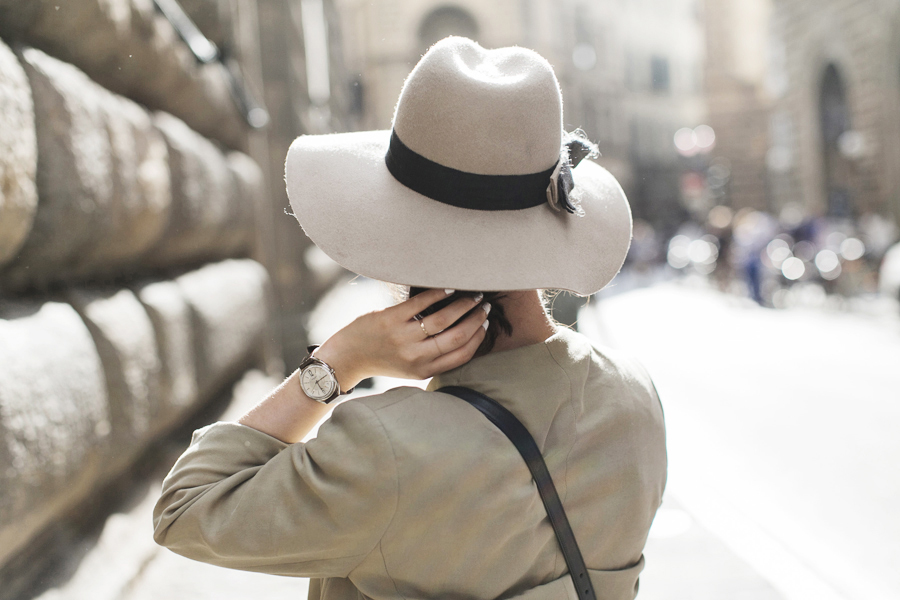 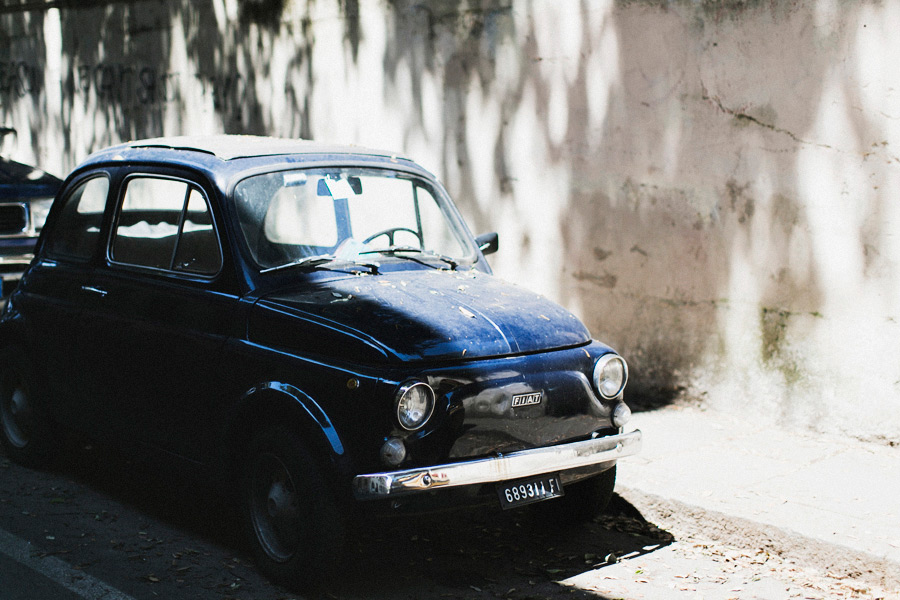 On a tight schedule

Five hours, Florence, one fidgety husband – what does one do when the universe deals you cards like these that aren’t compatible in any sense other than in an awkward alliteration (alligator)?

Last month I had a brief stint in Florence for a work trip, to which I took ze old ball and chain (hubby), and discovered later the itinerary was so jam-packed over the two days we only really had five hours to explore the city. Now, for those who have never been/planning to travel to Florence, I personally advise allocating at least four hours for gelato, PERIOD. Because ICECREAM. Then there’s the Duomo, David (by Michaelangelo – and not the ninja turtle), Boboli gardens, a slew of essential museums and galleries, shopping… none of which you should skip, and many of which that sadly require queuing (cue fidgety husband). 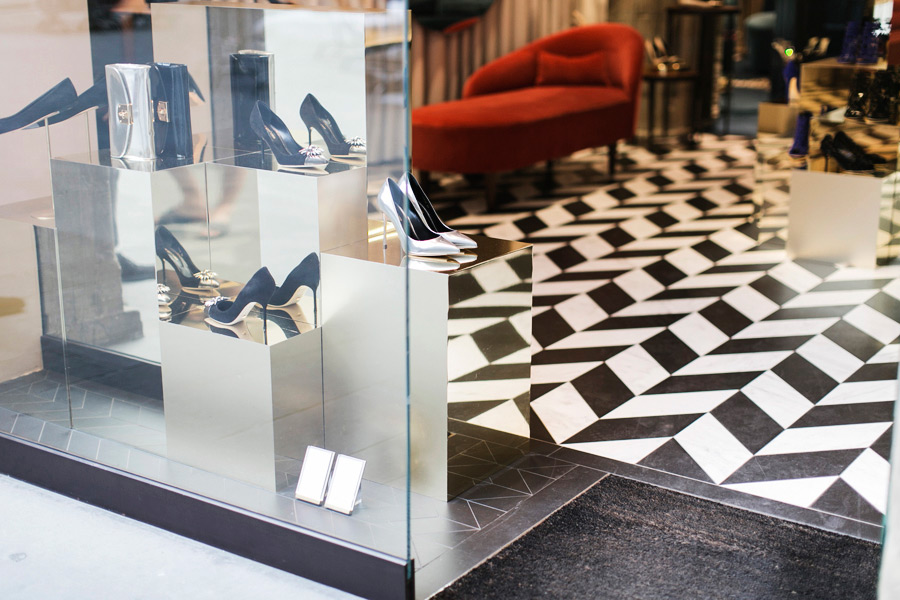 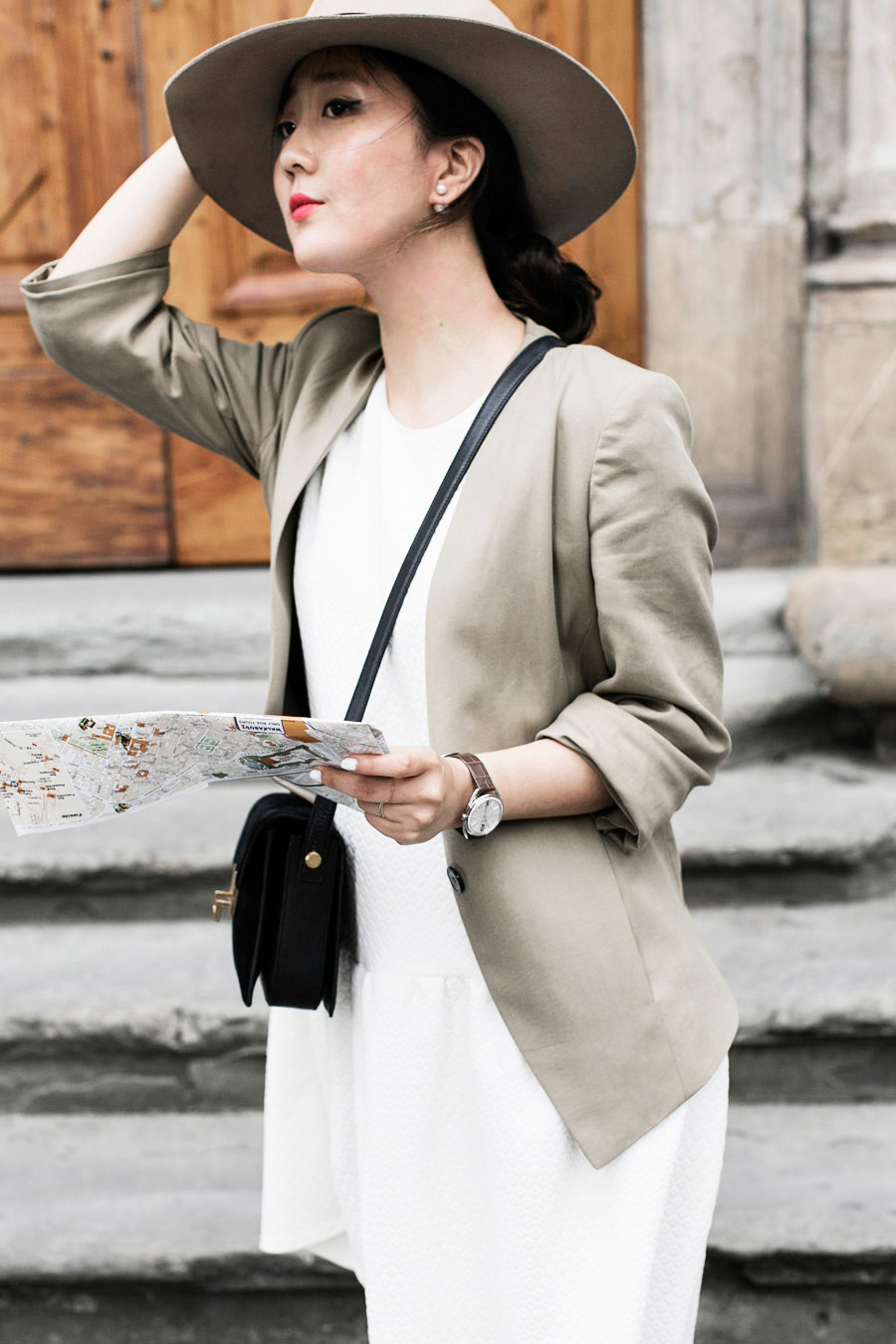 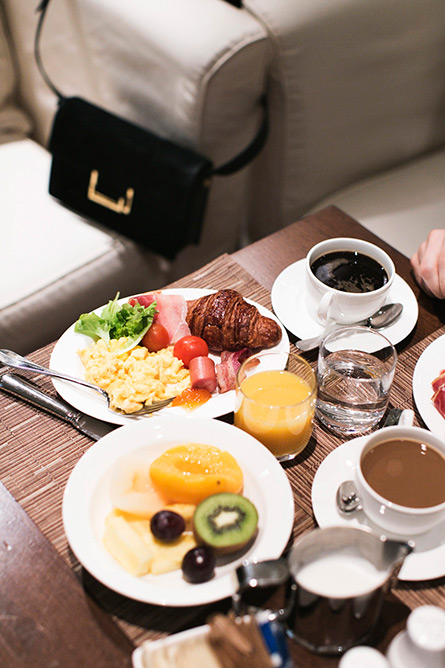 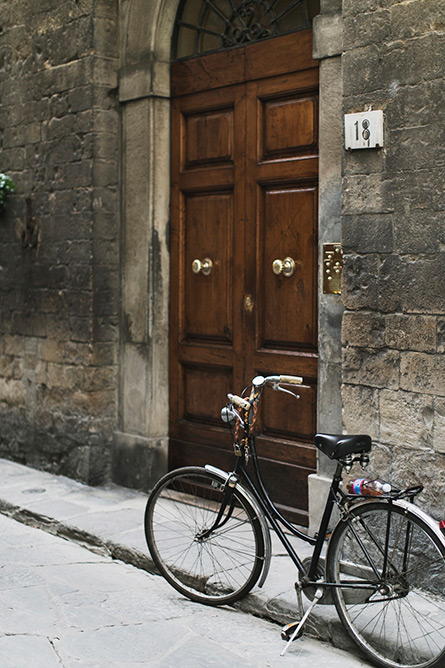 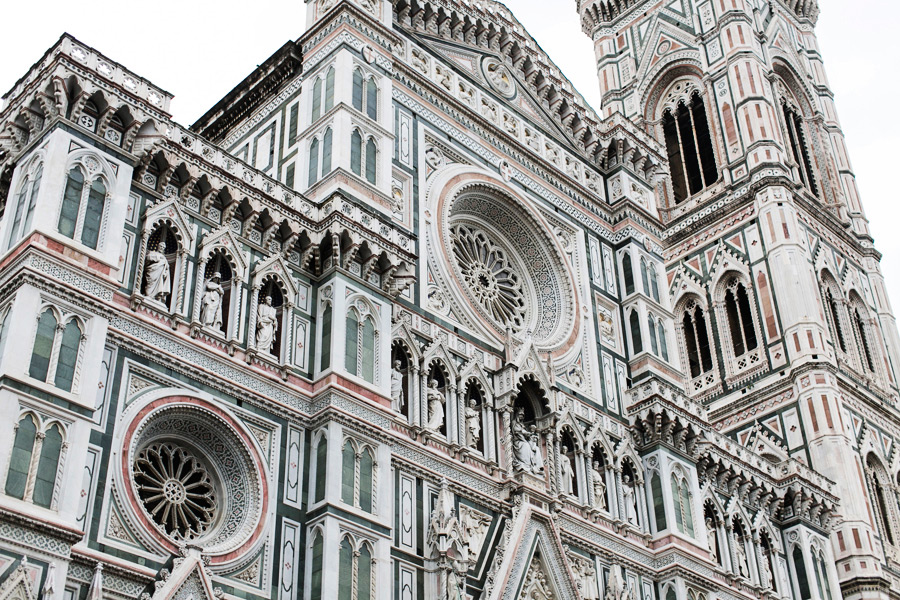 So we decided, over a particularly parmesan-y breakfast, to simply do none of it (except gelato, bumped down to one hour, boo) and took to the streets without a plan, turning corners ad lib and frequently ending up in dead-end court yards, where EVERY SINGLE TIME, an Italian family reunion was under way*. Turns out it’s a great way to see the city, and not bad cards afterall, considering Florence is really the Joker card. Also, you do end up grazing a lot of the important bits as the historical centre of the city is only about 45 minutes-wide on foot. (But do try to graze David properly if you have time, he sure is a looker) 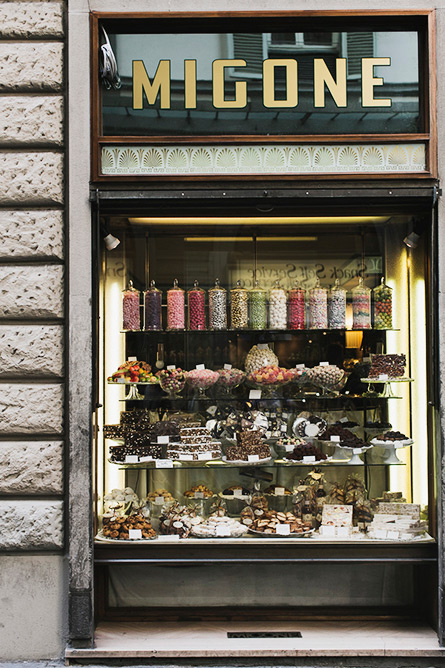 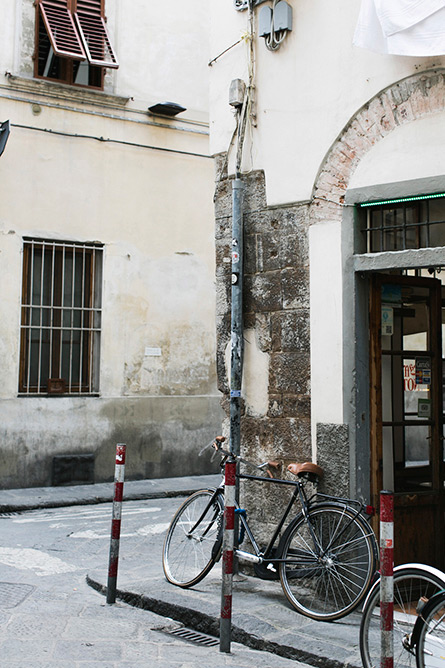 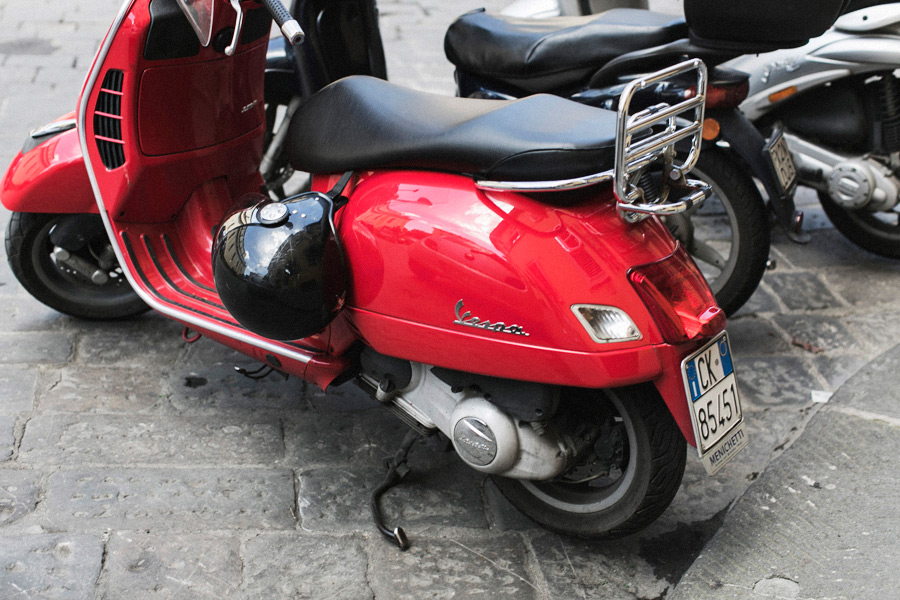 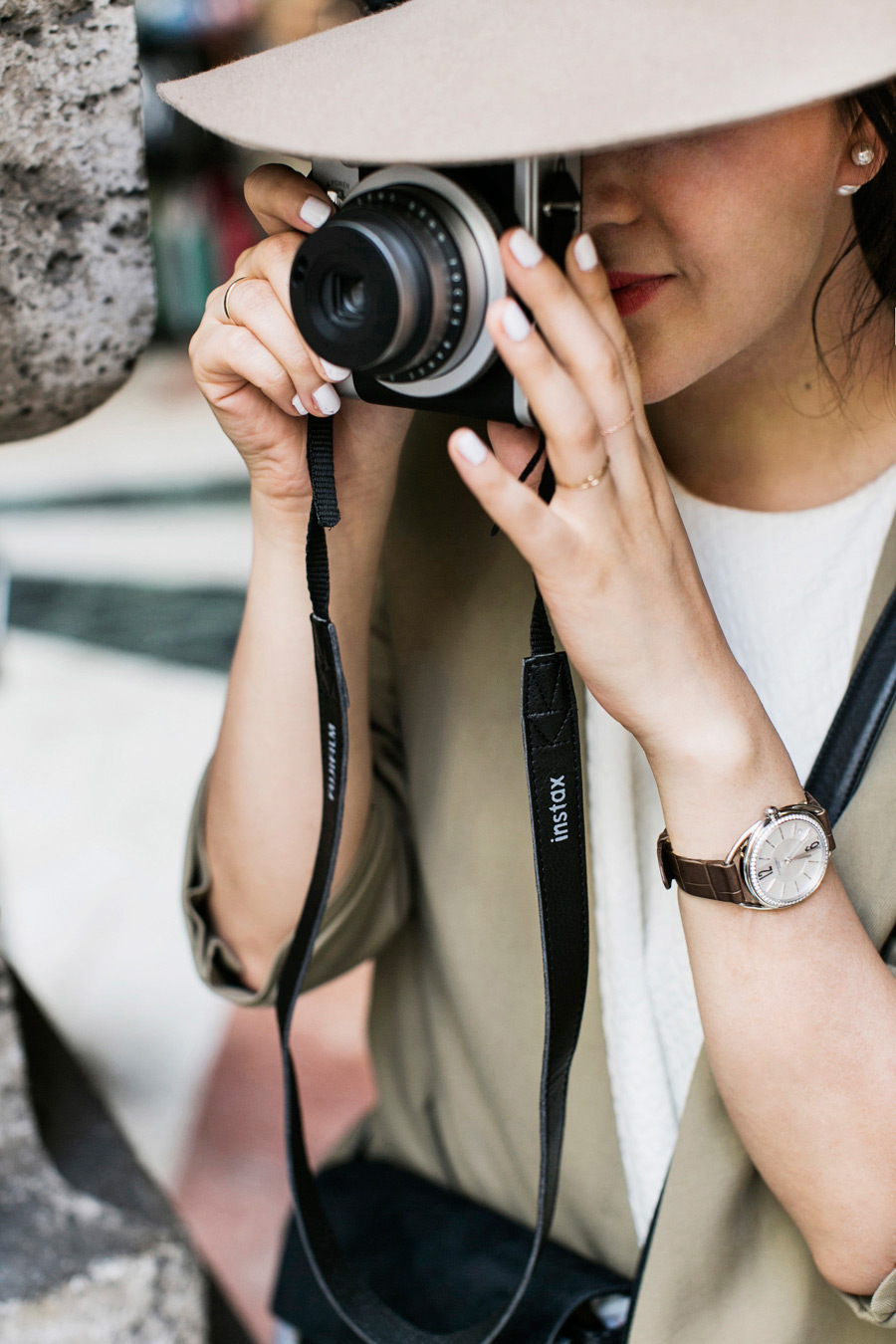 I’ve mentioned this before, but with all travels I try to take something new with me as a ‘beacon’ of memory – typically a perfume – but instead I decided to take my unworn Chaumet Liens watch that I had saved for a special occasion. Surely enough, what with all the time constraints on this trip and diligently having to glance at my wrist where the clock-hands danced from 12 to 5pm, the watch is now my connection to this short, but gelato-sweet, Florentine adventure. And to add to the romance, this very model (Liens) – while classic and timeless in its looks – is constructed with a state-of-the-art Swiss mechanical self-winding movement that makes soft, rhythmical tickky-tickky-tickky sound when you bring it up to your ears, or in my case, whenever I brought my camera up to my face to take a snap…

Well, isn’t this sentimental. I’m going to go have a sarcasm sandwich now.

*Come to think of it, it was the afternoon of the World Cup Italy vs. Urugauy game… so probably not anything similar to a hearty (?) Italian GodFather scene as I’d thought. 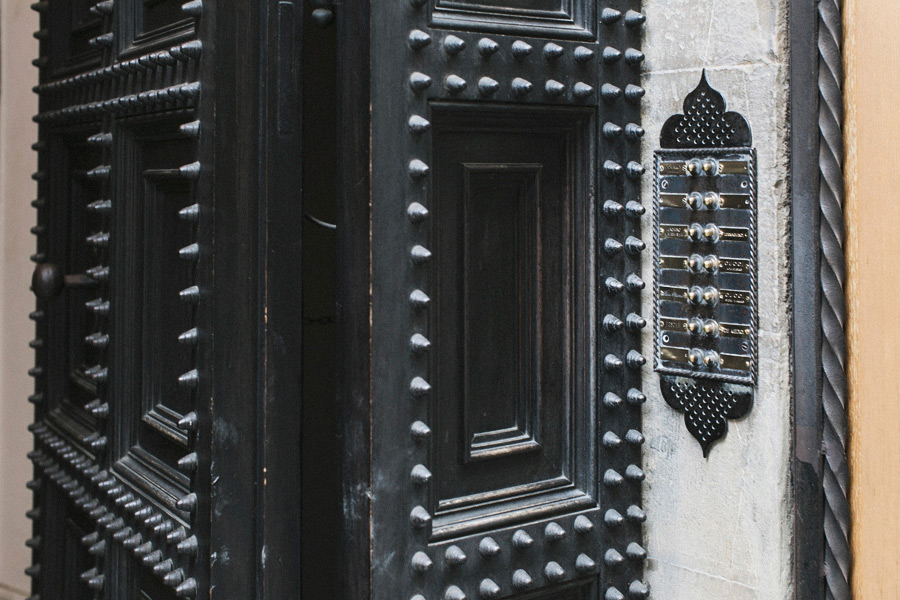 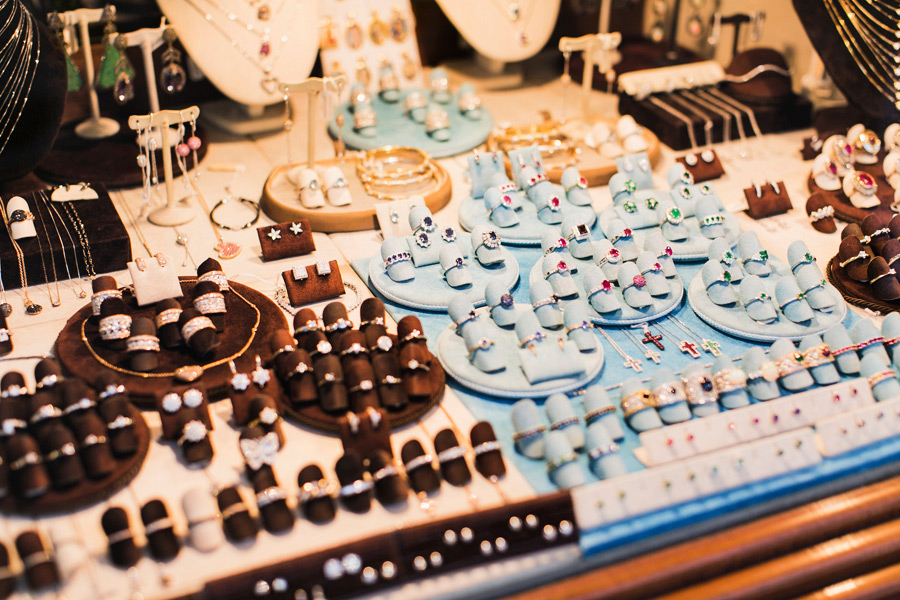 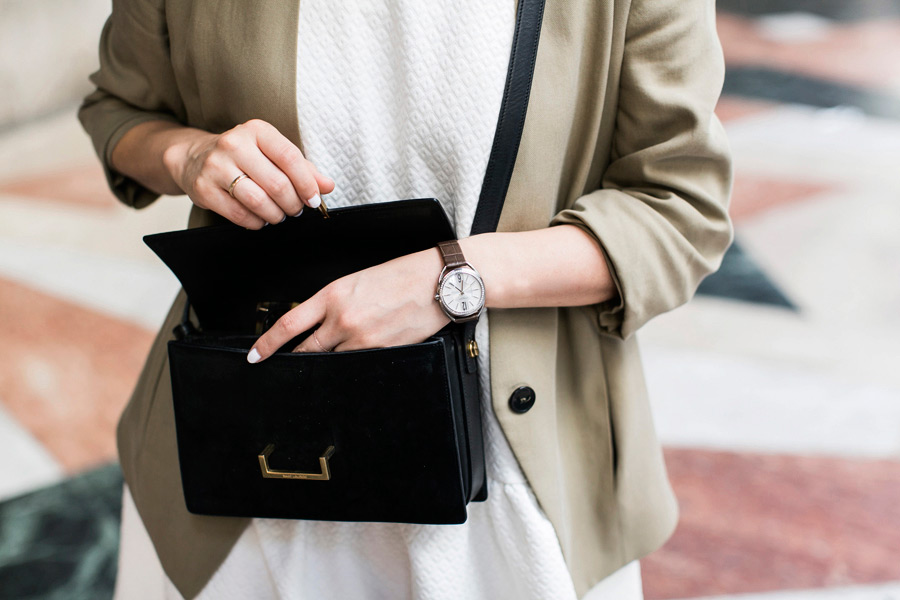 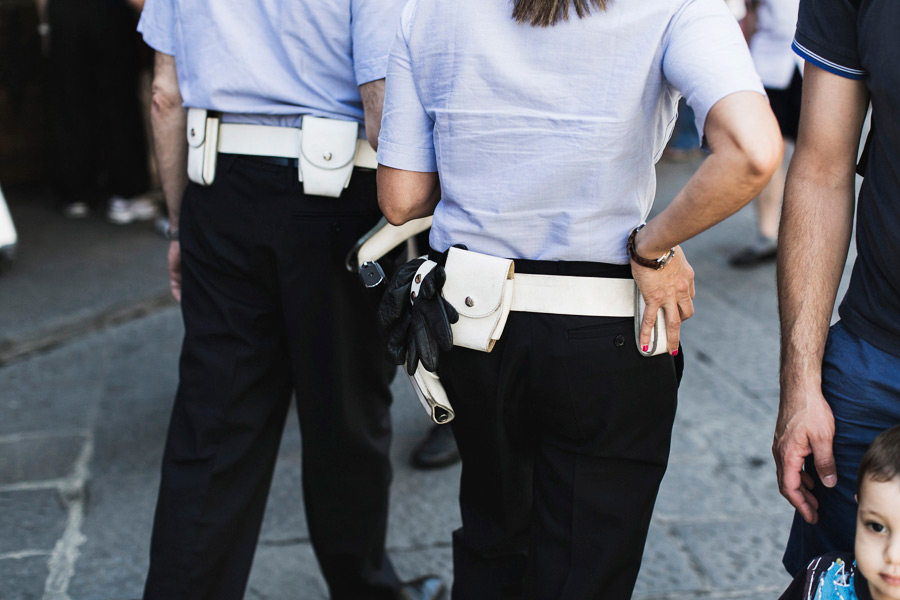 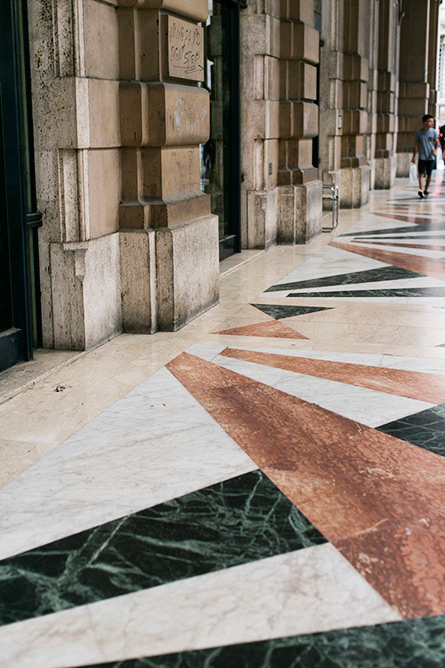 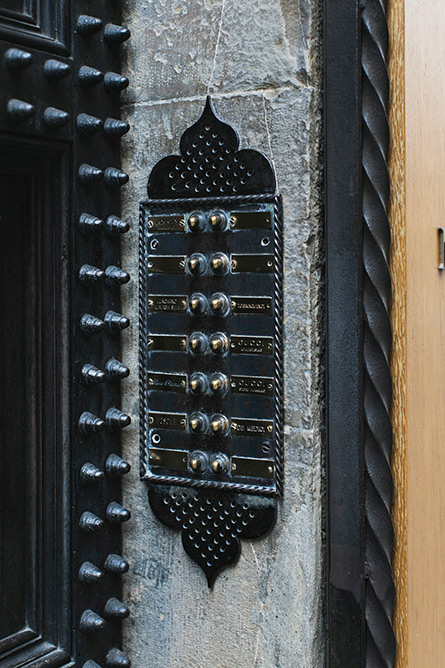 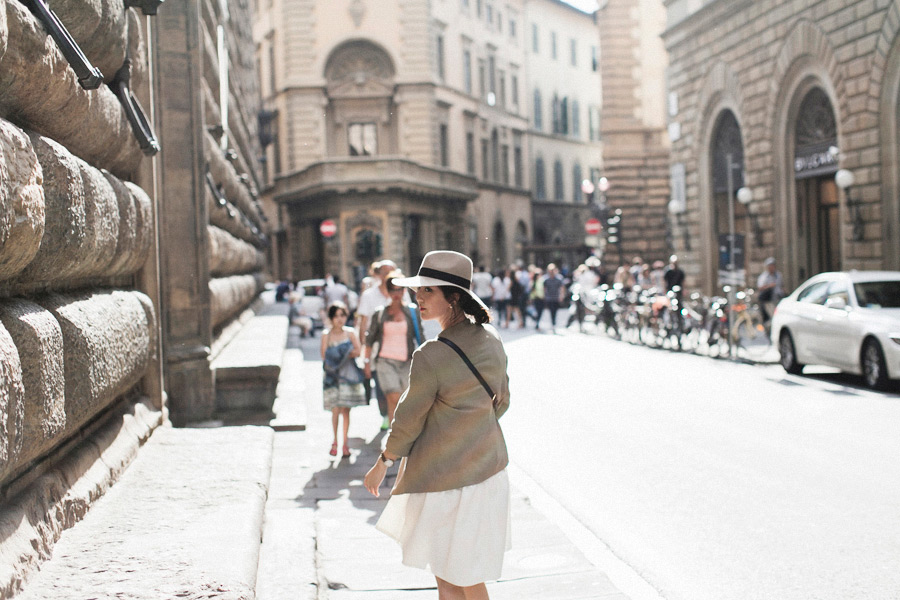 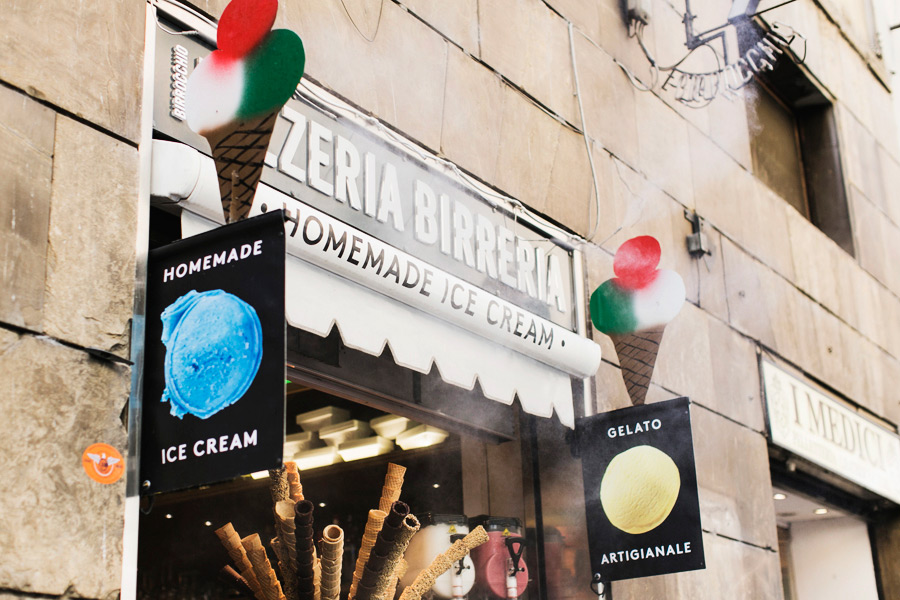 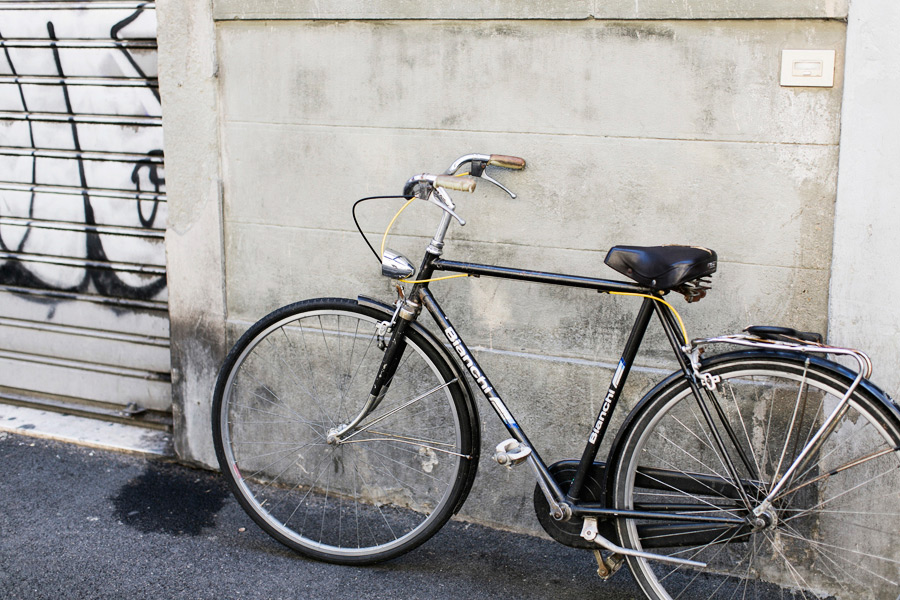 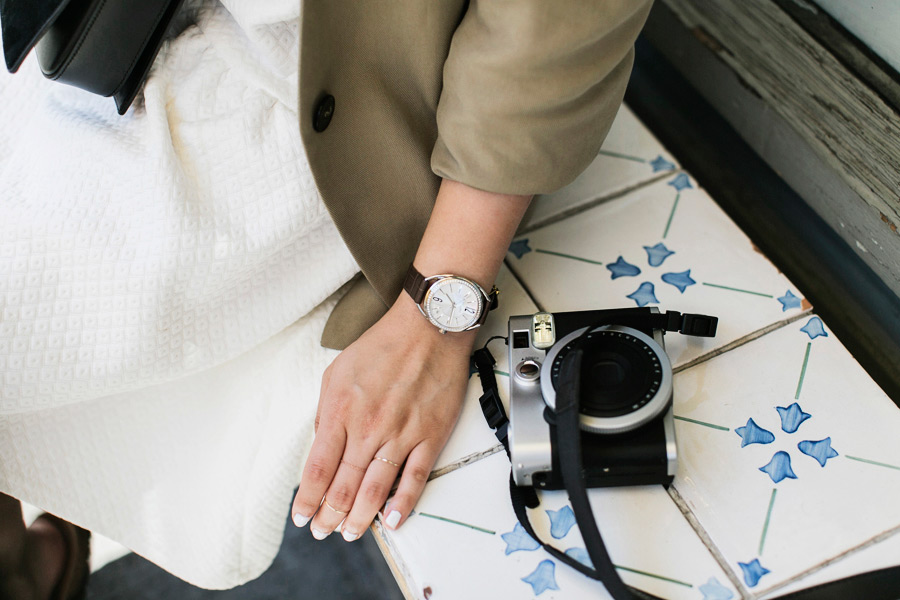 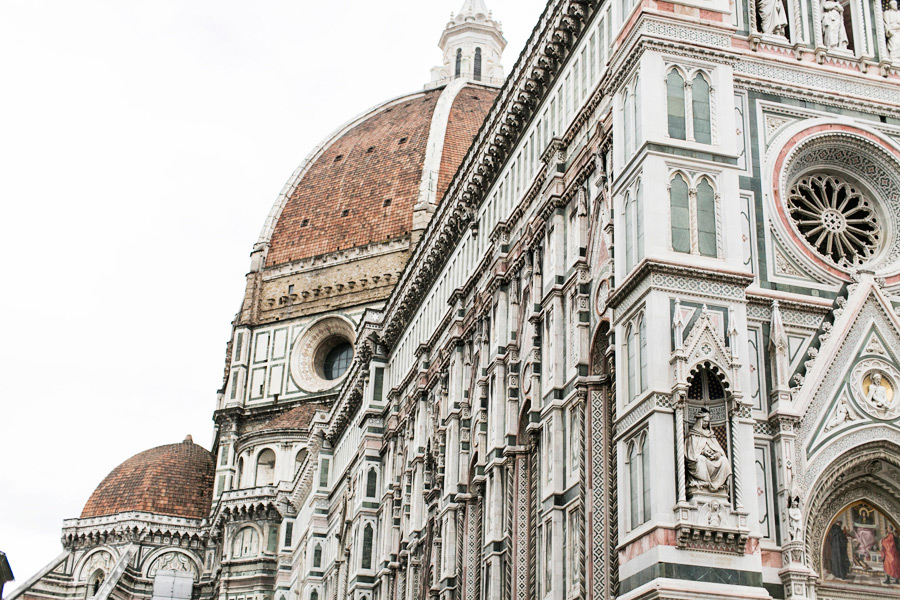 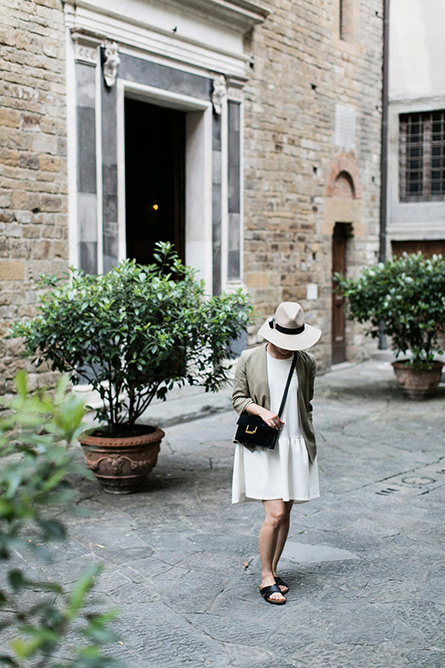 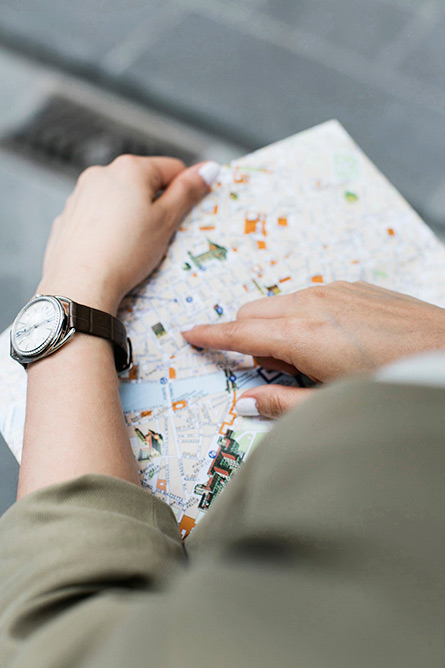 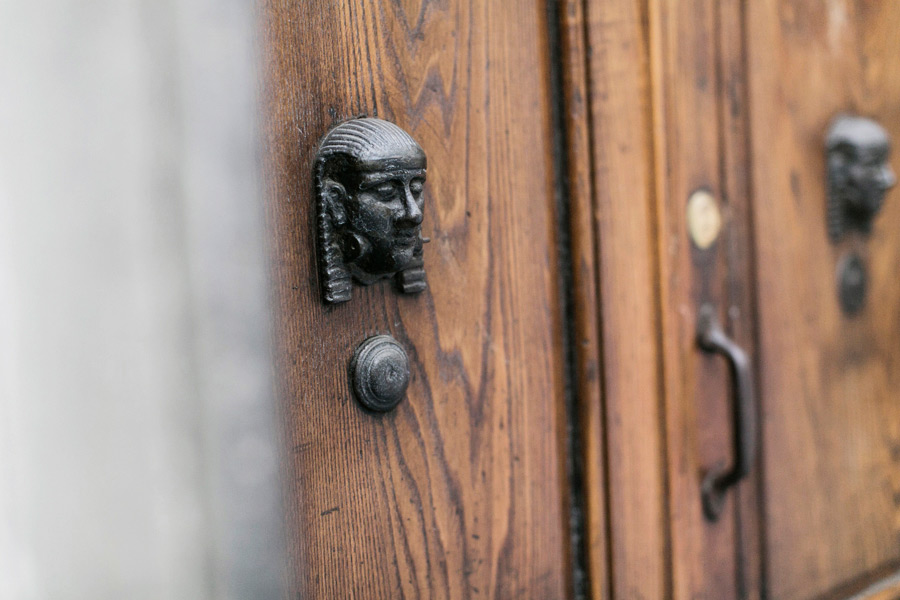 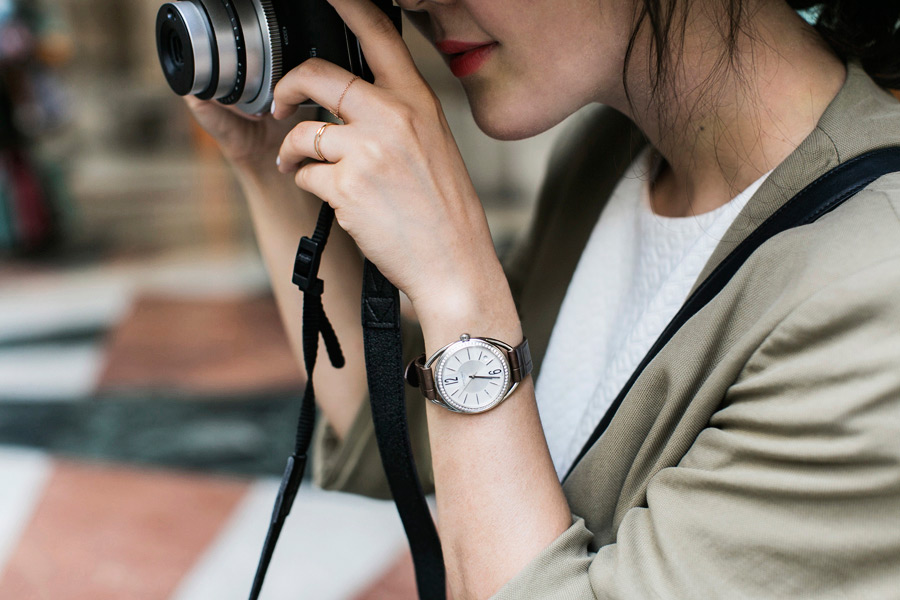 If I used ‘soft‘ to describe cashmere, would that put me in the Humour, lack-thereof category in Bloglovin’? You see, ‘soft’ really doesn’t cut it when describing the furry ball of rainbow scrunched up in your hand, slippery and foamy all at the same time. Soft is for sentences like ‘Baby here’s your Gilette, the enchanted forest must go, I liked your legs soft and smooth’. Best not put me in a game show, I don’t stand a chance in explaining the fabric without using words like supercalifragilisticexpialidocious or MAGIC. Isn’t everything MAGIC when it’s sparkly and furry anyway. What’s a Paris visit without a visit to Eric Bompard, the one brand that is understood to have reached the prime shelves of practically every Parisian’s wardrobe?  You should’ve seen this one black 100% cashmere poloneck that would’ve banished every piece but a pair of grey skinnies and black stilettos from my mood-rail for the rest of the season… Lorraine kindly let me borrow a coat and scarf for the night as I’d underpacked for the weather, which probably was a very big mistake – not the underpacking – the getting an unintended taste of the… MAGIC, and having to give it back. See me go my precious with a coat.

Thank you Lorraine & Gabriel for the invitation, and Carrie for helping with the shots!

I’ve officially hit the back wall of my mother’s wardrobe – managed to find a nest of badgers back there but now this means I have nothing else to steal, and it’s been long since the original contents of my suitcase have been used and abused. Oliwia and I dropped by one of those second-hand stores where they sell clothes by the weight, after basically sifting through ‘history of trash and trend’, managed to score these shirts and two other items for a grand total of £6. Dig at polyester dump by day, live vicariously window surfing dresses and jackets by night, why naturally. Funny, I arrived in Warsaw late February with half a suitcase thinking I’d be here a week, two weeks tops. Then things deteriorated at the visa end and now I’m entering my 7th week… had someone told me beforehand I’d have brought a colouring book or something. The visa is out now (hot line thank you’s to the Big Man), so I’ll be returning to London in May.

Still some time to vote for mama here! (London region kiss) (Thank you so much x)

I call that the CSI find piece of nail clipping amidst a huge field of branches that eventually solves homicide and identifies an illegitimate child that happens to be the son of the protagonist pose. Quick, bring me some magnifying glasses, there’s an ant. (TO LOOK AT, WHAT WERE YOU THINKING, you horrible person) Something about the weather today made it feel like we’re going Benjamin Button on the seasons, these shots could easily be from late autumn. Here’s the second instalment of Uniqlooks with boyfriend-fit chino trousers, the ones where on Charlize Theron they reach just above her ankle but on me they require a gang of bridesmaids and pageboys to shuffle the train on each leg. Or just a mop.

On another note, look what my necklace can do!

Thank you to Yoo Kyung & Eun Hye (the 11 year-olds) for these shots!

I understand, a few months ago I said sorry about not having enough DIYs and for letting this blog run wild. So I understand that when there’s so much of this LFW/events thing and none of the DIY, you might feel disappointed. Let me clear a few things and update you on why you might find this blog now ‘boring’ and untrue to what I am. I have just recently graduated, unemployed and doing my best to sustain for myself. This blog is not run on cookies and pencil shavings, there are hosting & maintenance fees that are not low. Have you ever wondered what it costs not to have an ad?  This was a decision I made mostly for the reader’s sake, for your viewing pleasure. As an unemployed, I frankly do not have resources to go out and buy DIY materials. Those chains that get sewn onto victim trousers? – I don’t find them in skips. And contrary to what you might think, I don’t get paid for writing this blog, I might get free clothes but since when do we survive on polyester fibre? Instead, I’ve tried my best at sharing quality content, which means splitting time to personally experience the things I share with  you so that it’s not the same magazine clipping you saw a few seconds ago somewhere else.

It just hurts me to think all this effort spent simply boils down to boring. You’re entitled to your opinion and I appreciate that, but this is mine. DIY, sure – it’ll come back once I find stable ground, albeit slowly, but for now I’m just trying to deliver as best as I can with the resources that I have. Hope you understand.